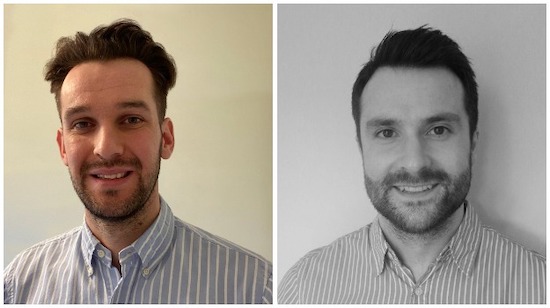 Planning consultancy Pegasus Group has promoted two of its planners to associate level.

Tim Corcoran, in the company’s Cirencester office, and Peter Jackson-Horner, in the Cambridge office, have both been promoted to associate urban designer.

Corcoran, who has a degree in city and regional planning from Cardiff University, joined the firm in August 2017 as an urban designer. Prior to that, he worked as a planning officer for Bristol City Council and an urban designer at planning consultancy DPDS.

Jackson-Horner, who has a degree in urban and regional planning from the University of Liverpool, worked as a layout designer for housebuilder Persimmon Homes before joining Pegasus Group in 2018.

This is his second promotion in under a year at the firm, having been promoted to principal urban designer in July 2020.