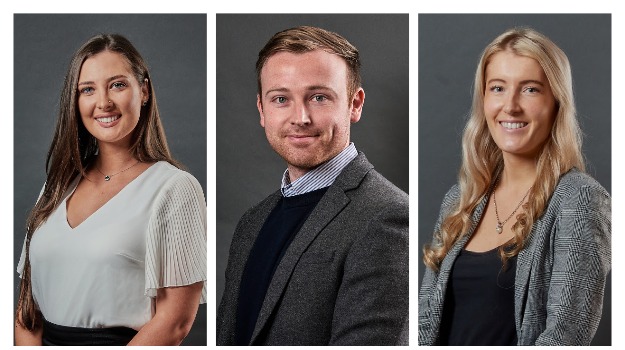 Land promoter Richborough Estates has promoted three of its planners working at its Birmingham headquarters to the role of manager.

Jones, who started working at Richborough Estates as a land and planning manager in 2016, will take responsibility for work in Gloucestershire, Worcestershire, Herefordshire, Shropshire, Staffordshire and Cheshire. The firm has credited him with playing a key role in bringing forward several residential sites in Cheshire, Cannock and Kidderminster.

He has a master's degree in planning built environments from Birmingham City University and a degree in land use planning and management from Nottingham Trent University.

Mahoney has been with the company since 2018, starting out as an assistant land and planning manager having gained a master’s degree in planning with real estate from the University of Manchester.

She will mainly work to identify land opportunities in the South West, according to Richborough.

Briony Stenhouse, who also started at the company as an assistant land and planning manager in 2018, will in her new role work to identify planning opportunities mainly in the East of England.

Paul Campbell, chief executive at Richborough Estates, said the company is set to see a record number of planning permissions in 2021.

“Joe, Alanna and Briony have delivered some really excellent results over the past few months. I would like to congratulate them on their promotions and look forward to seeing their careers grow further with us,” he said.