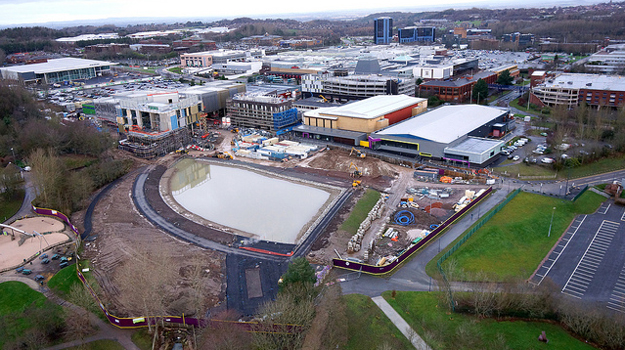 Telford & Wrekin Council is seeking a new principal planning officer to help deal with a slew of applications prompted by regeneration plans for the town.

The Shropshire council has seen an upturn in the number of planning applications in recent months, according to Valerie Hulme, development management team leader at the council.

Hulme told Planning that one of the major factors was the council-led regeneration of Telford town centre.

She said: “We are a new town and our town centre used to close down at night. We are leading a new development with a number of restaurants, bars, shops and a hotel to bring a bit of life into it.”

The council is also relocating half a dozen schools, which will lead to applications coming forward for housing on the vacant sites.

In addition, the council is currently examining an application for a new village of 470 homes on a rural former British Sugar factory site at Allscott, Hulme said.