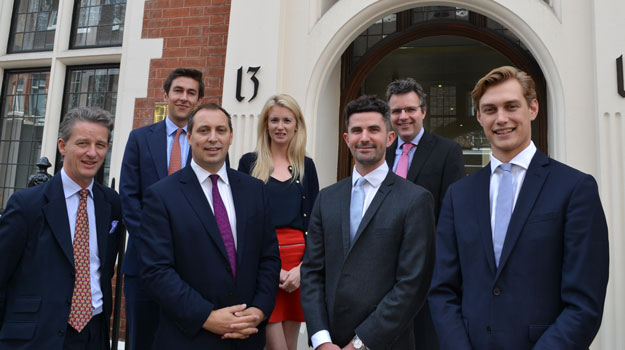 Property consultancy Strutt & Parker is expanding the London planning team that it established in May with the addition of a new chartered town planner.

Dominic O’Loghlen, joining from Savills, fills the new associate planner post, and will work alongside David Phillips - who set up the team as part of the firm’s plans to expand its planning services - and Derek Stebbing, who was appointed as a planning policy consultant last month.

O’Loghlen worked for three years in Savills’ central London planning team as a senior planner, where he focused on projects in Westminster, Camden and Kensington & Chelsea.

The expansion of the team brings Strutt & Parker’s total number of planners across the country to 50, who work in eight teams.

The London team will aim to advise clients on commercial, residential and mixed-use developments in the capital.

Pic shows Dominic O'Loghlen (third from right). His colleagues to his left are Conrad Payne, Charles Monk, John McLarty, Sophie Groves and to his right David Phillips and Will Sensecall.​