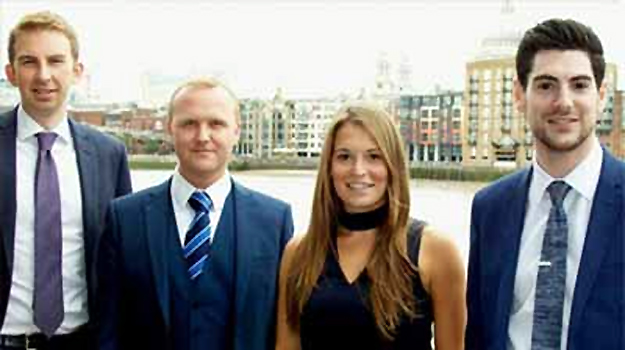 Planning consultancy Nexus has completed four new appointments as part of an expansion of its London office.

Amanda Balson, London director at Nexus Planning, said the appointments have been made in response to an increasing number of complex and large projects taken on by the firm.

Rob Pearson joins as director from rival consultancy WYG Group, which he joined in 2000, specialising in the retail, residential and commercial sectors.

He has a bachelor’s degree and diploma in city and regional planning from the University of Wales in Cardiff.

James Singer also joins the team as a senior planner, also arriving from WYG, where he was town planner.

He has a bachelor’s degree in planning and development from Birmingham City University, where he subsequently completed a master’s in property development.

Amy Stone rejoins the firm as a planner after a period travelling – she previously worked as an assistant planner.

Stone has a bachelor’s degree in city and regional planning and a master’s in spatial planning from Oxford Brookes University.

The final joiner, Tom Hyde, joins as a senior consultant after working for the Building Research Establishment where he played a role in the development of the Home Quality Mark.

He has a bachelor’s degree in geography and regional planning from University of Birmingham in addition to a master’s in urban design from Birmingham City University.