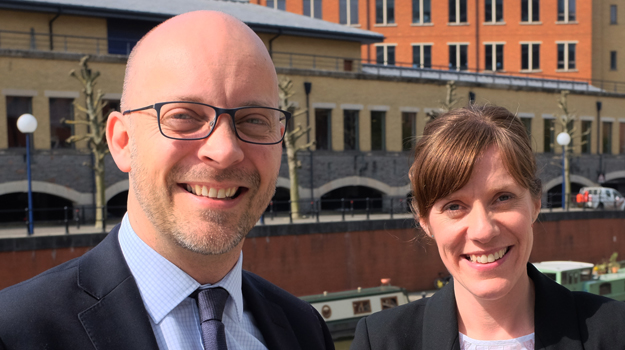 The pairing behind the launch of the Bristol office of planning consultancy Nathaniel Lichfield & Partners have been promoted.

On the eve of the first anniversary of the office’s opening, Andy Cockett has been appointed as senior director, while Sophie White becomes director.

Cockett, previously planning director, has also worked as an associate at planning consultancy Spawforths, starting his career as a development officer at City of York Council.

White worked in the firm’s London office for seven years before moving to Bristol to help establish the office.

The firm said that the promotions recognize the pair’s contribution to securing new work in the south west of England.

Amongh other projects, Last year NLP worked on achieving planning permission for the relocation of one of Bristol’s oldest rugby teams - Dings Crusaders - to a new base in the city, enabled via new housing at its existing ground by Redrow Homes.

Since opening, the new office has expanded with associate director Jenny Mitter and senior planner Tristan Dewhurst joining the team.