In the news: planning stars of Permission Impossible 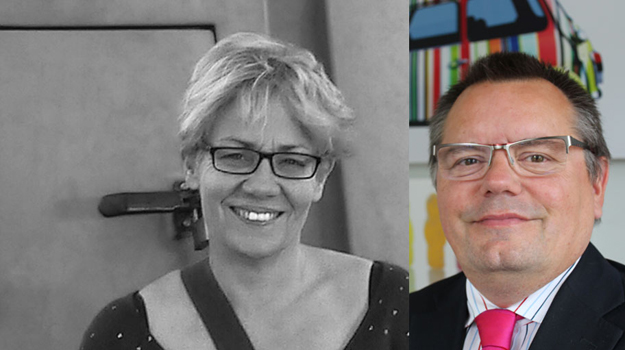 The BBC TV reality show The Planners and its latest incarnation, Permission Impossible: Britain's Planners, have brought the day-to-day work of local authority town planners to a whole new audience.

Q: How did you find your way into the town planning profession?

PS: “It wasn’t my decision to enter local government; it was my mother’s. You know when you’re 17 or 18 and your Mum wants you out of the house? She started filling in applications for me and got me a job as a building-control apprentice at Gelding Borough Council in Nottinghamshire. I was a building control officer around the East Midlands for 20-odd years before I moved to Cotswold District Council and then Stroud District Council. Then there was a reorganisation and I started to do planning and re-trained.

FE: I started in planning at the age of 25 as an appeals clerk at Kennet District Council in Wiltshire. I just found this world of town planning and I fell in love with it. At the time, my husband was in the army and we moved around.  I subsequently became a duty planning officer at Newark & Sherwood District Council.

Q: Where did you study?

PS: I have a BSc in computer science and an MBA but I did my masters degree in town and country planning at the University of the West of England (UWE) from 1995-1998.

Q: How long have you been in your current roles?`

FE: I was development-control manager at Chester City Council, which became part of Cheshire West and Chester Council in the local government reorganisation of 2009. Now I’m development planning manager.

Q: What do you consider your career milestones to be to date?

PS: Graduating from UWE; becoming a fellow of the Chartered Institute of Management in 2010; and – of course - featuring in The Planners from 2012 and the current series.

FE: I’m proud of being a development planning manager, and that we’ve been able to fix a big piece of the “Canal Corridor” in Chester. When I worked at Ceredigion County Council in Wales there was a project involving cottages that I worked on that I’m also rather proud of, and I was also involved with the Drum auditorium at the National Library of Wales.

Q: What advice would you give to someone just starting out in their town-planning career?

PS: You need to be thick-skinned, you can’t care too much about the salary, and you need to have a belief in your community.

FE: Get a really good grounding in the public sector. In local government you see a whole range of projects. Also it’s important to be aware of the possibilities of development: how you can help things get off the ground rather than seeing yourself as a barrier.

Q: How has your involvement in The Planners / Permission Impossible changed your work life?

PS: It’s been largely positive, although I do get asked if we got paid for doing the show, and the answer is no, and it was all done in our own time. It’s been interesting, but also quite stressful, especially as we have to be very careful about what we say about applications because it could come back to you at appeal.

FE: Other than getting a lot more of the mickey taken out of me by colleagues than would ordinarily be the case, it’s been good. I think that the show has benefited the planning profession because it’s opened it up to people who otherwise wouldn’t have had a clue about what we do.