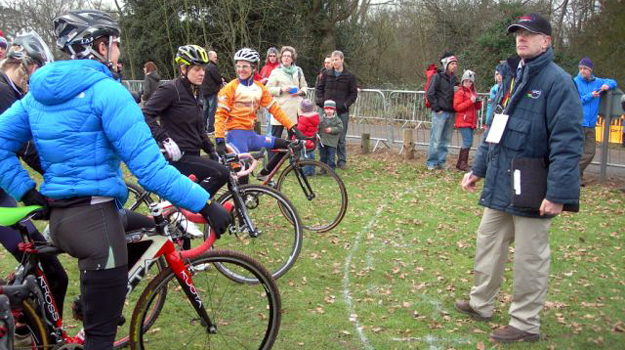 Ian Poole, place shaping manager at the shared St Edmundsbury and Forest Heath planning service, on his other job as an international bike race referee.

Q. How did you become a cycling commissaire?

A. I have been a cyclist since 1968. In about 2000 I took up refereeing of bike races on the basis that I was getting a little old for racing. I started as a regional commissaire and then became a national one and I am now internationally qualified. I got the international qualification in 2006 – you have to do it before you are 50 and I beat the deadline by about six months.

Q. What sort of races do you oversee?

A. It is cyclo-cross, which is to all intents and purposes cross country racing – it involves getting off the bike and carrying it up steps and going up hurdles at certain points. It is huge in Belgium – they get crowds of up to 20,000 for each race and they are televised.

Q. What do your duties involve?

A. The role is to make sure that the event is held within the regulations – the first priority is to make sure the course is safe. Before the event you walk the length of the course – they are generally about 2.5km to 3.5km. Then you are responsible for starting the race. You keep an eye on the pits area and starting line. Then you work out how long laps are taking and decide how many laps to race for – you try to keep this to as near an hour as possible.

Q. How much time does the hobby take up?

A. The cyclo-cross season lasts from September to February so we are just about to start again. This season will be the first time that the UK has held a World Cup in the sport, and I will be an assistant commissaire for that event. I have to take the odd day off work but it doesn’t get in the way too much.

Q. Have you been abroad to referee?

A. Yes I have been to Germany, the Czech Republic, and Belgium among other countries. There is a race in Beijing but I haven’t been lucky enough to go to that one yet.