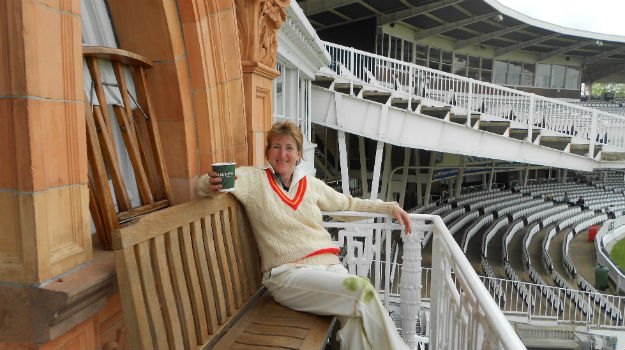 Marilyn Smith plays for the women's team of the world-renowned Marylebone Cricket Club (MCC) and her local Old Actonians club in west London. When she's not padding up for a game or heading up the development management section at London Borough of Hounslow, she's helping administer the sport. Smith is a former chair of Middlesex Women's Cricket and was a member of the National Women's Cricket Association when it merged with the England and Wales Cricket Board (ECB).

How did you get into cricket ?

I played cricket at university in the mid 1980s but my interest really took off when I moved to London and was asked to play for the MCC after it started women's cricket in 1999. I played in the MCC's first ever women's game and have travelled to Trinidad and Tobago, the Netherlands and Luxembourg. I have captained teams and played at Lord's for its 200th anniversary – the first time women were allowed to play on the main ground. A career highlight was being awarded my cricket cap from former England captain Mike Gatting.

I practice one day a week but because I'm coming towards the end of my playing career it's more about helping others develop their skills. We play on Saturdays and Sundays. County championship matches played over a week can be quite a commitment but I do it for fun and to help develop young children's skills.

I love cricket and get a real buzz from thumping a boundary or taking wickets; it's also very social, as you're with people for a whole day's play and develop good friendships and team skills.

Getting out for a duck is disheartening while having to accept a bad umpiring decision is depressing, but these downsides are character building: you pick yourself up and carry on.

Setting a fielding trap and seeing a batsman fall for it is pretty good, but the real pleasure is watching young people, such as my son, or girls develop their skills and enjoyment from an early age.

Are there any similarities between your day job and playing cricket?