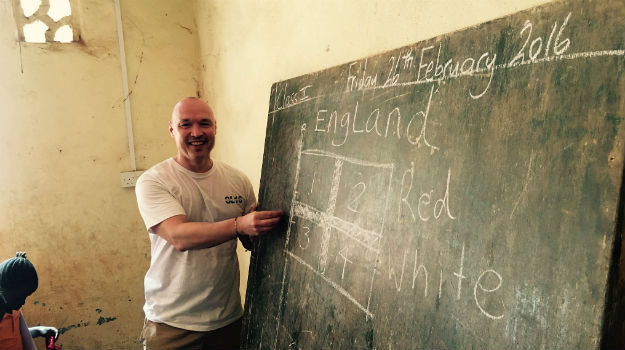 How did you get into voluntary work overseas?

For the last four years I have been leading the practice's corporate social responsibility abroad involving trips to the some of the poorest places on Earth. This has involved frequent  trips to Freetown in the Sierra Leone, spending a couple of weeks each time helping to build schools, hospitals, clinics and churches.

For the last four years I have been coming out here two or three times a year and the work involves building projects, one of which was taken over by the government and used as a hospital during the Ebola crisis. When we came back we had to refurbish, redecorate and put new signs up to de-stigmatise a building that people had become too afraid to enter.

I'm a Christian and lay minister and believe we are here to help neighbours be they next door or 4,000 miles away. But our trips are secular and we have had fantastic contributions from people who are atheists – they are not driven or called to the work religiously, but they have a similar passion to help as I do, and that passion is the most fulfilling aspect of the work.

Going to equatorial Africa involves a day and half of flying, ferrying and sorting accommodation in hotels without running water or internet connections. The heat and basic living take their toll physically and mentally and you are under pressure because everything is so very different.

There are many highlights, most recently we met planners in Freetown and seeing how committed they were was very moving – they are bright, dedicated, eager to learn and very young. Building relationships however fleeting is extremely rewarding.

Are there any similarities between your day job and voluntary work overseas?

We are working on a sustainable settlement in Freetown, which has direct similarities in terms of dealing and instructing in masterplanning, layout and establishing uses. On a day-to-day basis my work in Freetown and at Turely involves relationships and working with people in consensus to meet goals and visions.