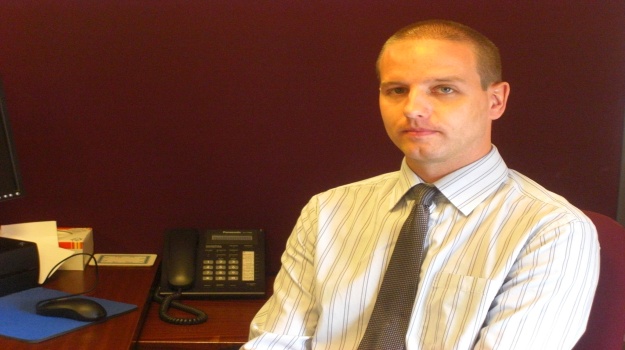 Every Sunday BJC senior planner Michael Knappett laces up his football boots and takes to the field for AFC Portswood in Southampton. The left-back defender helped his team win the league last year, a cup competition the year before and, a few weeks ago, scored in a penalty shoot-out to clinch victory in an important cup game.

How did you get into Sunday league football?

I've always been interested in football – I'm a keen supporter of Liverpool and as a club member often see them play home and away - and when I moved down to Southampton in 2003 I wanted to do something in my spare time that I enjoyed and helped me keep fit.

Every Thursday evening the team meets up for just over an hour to practice on a secondary-school astro-turf pitch and talk tactics before the game on Sunday. I also run a lot, and have taken part in the London and Edinburgh marathons, which helps keep me in shape.

I play Sunday league because I love football: it's enjoyable, even when you get beaten, and the social life is great.

Playing in the freezing cold and rain is not my idea of bliss, while injury can take its toll: a couple of years ago I ran for a tackle and the opponent went in high, his studs caught my knee and there was pain and blood. Fortunately, it wasn't career threatening.

Are there any similarities between your day job and playing football?
Both require thought and preparation but one of the reasons I do Sunday league football is because it contrasts planning: it gives me the buzz of physical immediacy.