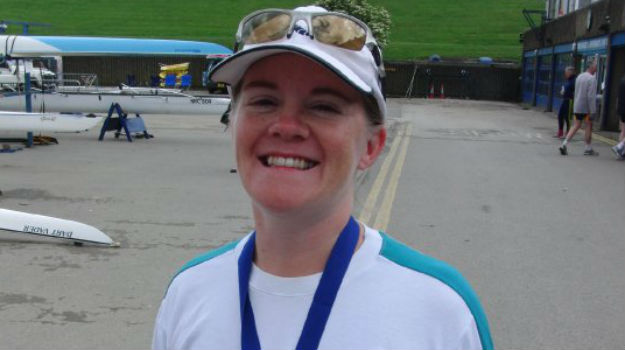 JLL associate director, Tamsin Cottle, has been a coxswain, or cox, since she was at university. Sitting at the stern of a narrow rowing boat facing the bow, she steers and coordinates the rhythm of eight rowers and, after a regatta win, is ceremonially dunked in the water.

How did you get into being a cox?

A friend in my first year at Manchester University was tasked with pulling together a rowing team. Coxes are always in short supply and he needed a small, shouty person. It never crossed my mind shouting at men in Lycra could be a hobby – I didn’t take much persuasion. I then moved to London for my first job and took the sport more seriously. Part of my reason for moving to Nottingham in 1999 was that the city had the biggest rowing centre outside of London.

When I was at my training peak, for about 10 to 12 years, I would go coxing before and after work every day and every Saturday and Sunday. As a cox you don't have to be superfit, it's all about being light. I'm not so rigorous on training now but last year I did the Henley Royal Regatta. I was part of the England women's eight for the Commonwealth Regatta in Canada in 1999. We raced professional, Olympic athletes from New Zealand, Australia and Canada and didn't win but held our own. I also went to the Amsterdam World Cup as part of the Great Britain team in 2007.

It's a great team and competitive sport and I have made wonderful friendships through rowing that are still going strong even though some of us may have scaled back or stopped rowing.

Rowing is a relentless, crazy sport. It takes up so much time and unlike other sports, you don't compete every weekend. Instead you train so much for one seven-minute race every six or seven weeks.

When the boat is gliding smoothly and quickly, it's a wonderful feeling.

Are there any similarities between your day job and coxing?