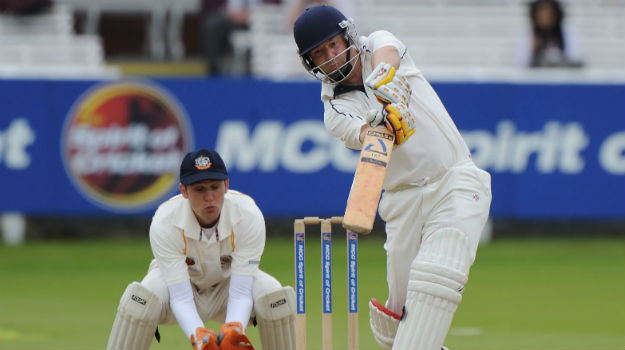 A career high for Martin Miller was batting at Lords representing the MCC (pictured), but the Terence O'Rourke technical director played representative county-level cricket for Dorset between the ages of 13 and 31 as a batsman and often as a wicketkeeper. The 43 year old currently captains Bournemouth Cricket Club in division one of the Southern Electric Premier Cricket League.

How did you get into cricket?

As a boy I played cricket in the back garden with my younger brother, while during the 1980s my parents took me to watch Ian Botham, Viv Richards and Joel Garner playing at Taunton in the glory days of Somerset County Cricket Club. Watching those guys, it was impossible not to get the bug. I played at school, at Exeter University when I did my economics and geography degree and then at Reading University when I did my postgraduate masters degree in environmental planning. A career high was batting at Lords representing the MCC in a match against Hong Kong Cricket Club. I joined Terence O'Rourke in 1995 and have kept playing.

We play Saturday matches in the southern league: pre-season games start in April and the full season runs from May to late August. I'm a batsmen as well as captain and used to keep wicket until I had a back injury. I am approaching my 250th league game for Bournemouth and next week I'll miss my first Saturday league game in six years to take a holiday, but I'm also on the club’s committee so it's not just Saturdays I'm thinking cricket and planning the season ahead.

Cricket is the one sport I have an aptitude for; it's chess on grass and my favourite game.

Keeping in shape is harder as the years go by: even as a captain I have to warrant my place with lots of pre-season training with running and gym work. I'm 43 years old and some of our players are as young as 16.

I love a challenge and cricket is a great way of keeping fit, being outside in the sun - when it is shining – and enjoying the banter with 10 other blokes. No matter which team I've played for the banter is always fun.

Are there any similarities between your day job and playing cricket?

Team working, decision making and talent are needed for both sport and the profession. As a captain, strategic planning is important and when I advise a client as a planner I am always thinking ahead. Bournemouth Cricket Club built a pavilion in the green belt and you can guess who got the planning job.

Image: Batting at Lords representing the MCC in a match against Hong Kong Cricket Club