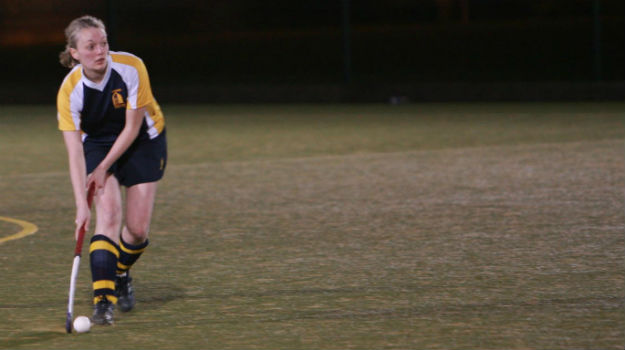 Newcastle-based DPP planning director Faith Folley has been playing hockey in her spare time for around 20 years and is chairwoman of one of the largest clubs in the north east.

How did you get into hockey?

I played hockey at school and university and am now chairwoman of Jesmond Parish Church hockey Club, one of the biggest in Newcastle with 125 members.

I train two times a week and play a match at the weekend where my position is right back. The club has men's and women's teams and a junior section, so there's a lot of organising involved. Compared to some, I'm quite old: we play university teams with players aged 18 to 19.

I enjoy the sport and the kind of people drawn to hockey – I have made many great friendships. It's also an enjoyable way of keeping fit during the winter months, from September to April, which is the hockey season.

Toughest thing is when you get injured, which stops you training and playing, and you feel you are letting your team mates down. I've broken five fingers and received a gash across the forehead when I was hit across the head with a hockey stick.

I enjoy winning, of course, especially when you have worked all season to gain promotion or win a tournament. But more than that, the most rewarding elements are meeting like-minded people and keeping fit doing a sport I love. Having been at the club for several years, it's great seeing the club grow and the junior section thriving.

Are there any similarities between your day job and playing hockey?

Team play is a big deal to both disciplines: not only do we have to work together within DPP and the Newcastle office, but also with architects, engineers, other professionals and clients. Both also call for discipline; you have to make sure you are where you are supposed to be and are always setting targets. Finally you have to keep achieving; if you stop achieving there's no point doing either hockey or planning.