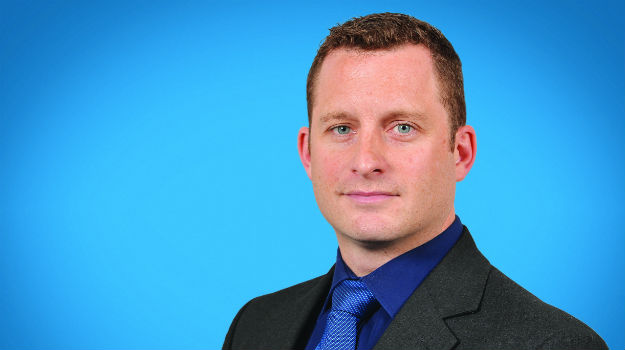 Nik Wheeler recently helped his team, the Manchester Mosquitoes, clinch the championship in the knockabout sport of Australian rules football. The planning associate director at GL Hearn says he enjoys the physical demands and personal camaraderie of the game which is played by two teams of 18 players and is becoming more popular in Britain.

How did you get into Australian rules football?

A former work colleague got me involved with the game just as my team, the Manchester Mosquitoes, was being established. I attended one of the first training sessions and also became involved in the administrative side of the club. The Mozzies belong to the British Australian Rules Football League (BARFL) and played their first season in the league in 2006.

Australian rules football is a fast-paced ball game, which has similarities with rugby due to the shape of the ball and tackling. The play is based on kicking and catching, with points being scored by booting the ball between the goals at either end of the pitch.

This is a great team sport; suitable for all types of players and has a physical element I enjoy. The social side is also fun, with regular football trips to play teams on the continent.

For me as an ‘experienced’ player it takes time to recover from the bumps and bruises after the matches, but it is all part of the game.

I enjoy the camaraderie with my team mates, along with the success of the team having won the championship for the second year running.

Are there any similarities between your day job and Australian rules football?

As a senior member of the team I am involved with formulating match strategy; parallels could be drawn with my day job in terms of utilising strategic thinking.