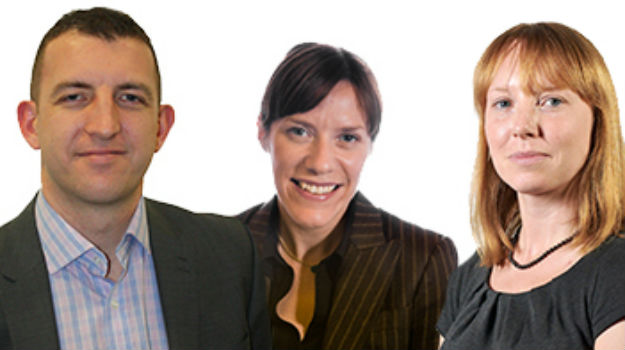 Increasing workloads at consultancy NLP Planning have prompted the practice to make a raft of promotions at its offices in England and Wales.

Three members of staff have been promoted to planning director posts including Sophie White (middle) based in Bristol, Rebecca Caines (right) in London and Philip Jones (left) in Newcastle.

Five planners have also been promoted to associate director posts including Jenny Mitter, also in Bristol. Alison Bembenek, Heather Marshall, Jennie Baker and Owain Nedin are all based in London.

Meanwhile, seven staff have been promoted to senior planning posts including Arwel Evans and James Gibson, both based in Cardiff.

Adam Jackson in Leeds; Daniel Di-Lieto and Julie Crawford, both London,; Paul Nellist in Manchester and Oonagh Cranley in Newcastle round off the senior planner promotions.

Chief executive James Fennell said: “These staff have played a big part in the growth of the business.”