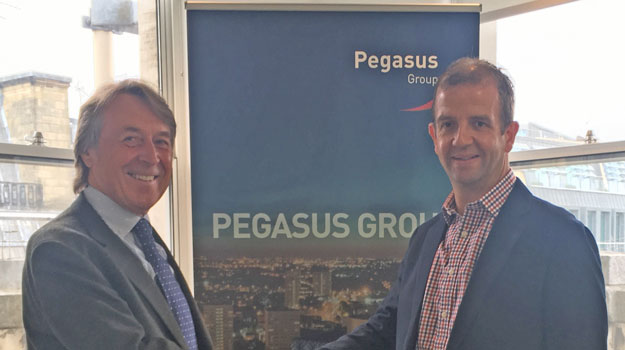 Jim Tarzey (pictured right) is to take over as chairman of consultancy Pegasus Group after the retirement of Stephen Bawtree (pictured left) at the end of August.

Bawtree will hand over the chairmanship on August 31 to Tarzey, one of the founding directors of Pegasus Group based in the company’s London office.

Bawtree was part of the original Pegasus Planning Group Partnership, which was founded in 2003.

The firm has also announced that Chris May, who joined Pegasus Group in 2004, will also be appointed as deputy managing director.