In the News: preparing a neighbourhood development order 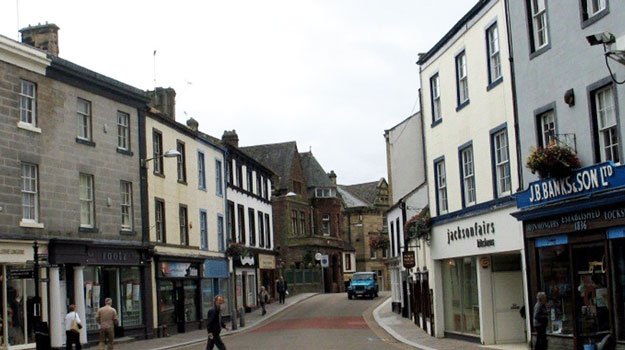 Allerdale District Council has voted to hold a referendum on the first community-made orders simplifying planning rules in specific areas.
Following approval by an examiner, the public will decide whether to adopt four neighbourhood development orders (NDOs) for Cockermouth (pictured above). Steve Robinson, senior planning officer at the council, has helped guide the process.

Q. When did you first get involved with the NDO process?

A. I have been at the council for 14 years. We were selected in 2011 by the Department for Communities and Local Government in the first wave of vanguard projects to introduce NDOs. This meant that we received a £20,000 grant to help us draw up the orders.

Q. Why did Cockermouth want the ability to create NDOs?

A. The town made national news after devastating floods hit. In the wake of the damage caused, there was quite a lot of frustration, particularly in a conservation area in Cockermouth about the length of time it took to get permission for restoration work. We saw an opportunity to speed things up in future, making it easier for people to maintain and upkeep their properties. In addition, we wanted to try to encourage development and enterprise.

Q. Who were you taking direction from in drawing up the LDOs?

A. The first thing the council decided to do was set up a steering group to guide the development of the NDOs. This consisted of town council members, county council members, the Cockermoth Civic Trust, the chamber of trade and members from Allerdale. The group developed the orders and heads of terms. At key points during the process, my team would go to town council meetings and show what we had done and incorporate feedback.

Q. What are the four NDOs?

A. The first allows any building around the market to convert to A1 or A2 retail uses without the need for planning permission. The second allows replacement of shopfronts in two streets badly affected by the floods, as long as the proposals conform with a design guide. The third allows the sub division of properties above shops on the two streets, while the fourth governs replacement windows within the conservation area, so long as they conform to a separate design guide.

Q. How much work is involved in organising the referendum?

A. We are currently in the process of organising the referendum. This is taking a little longer than originally anticipated because the examiner who approved our NDOs recommended only people in the affected areas should be involved in the poll. This means we are having to manually extract specific addresses, rather than sending polling cards to everyone in the council area. We are hoping to hold the referendum in July or August.