In the news: winning an enforcement test case 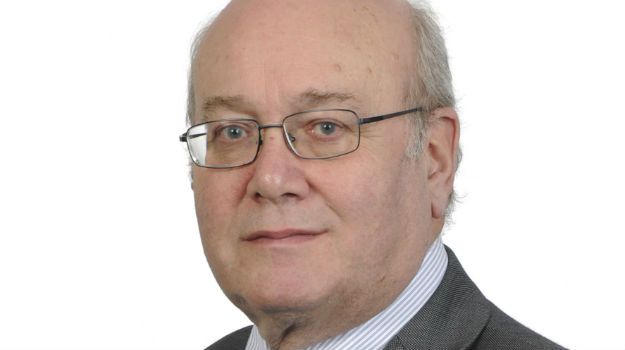 Developer Mahfooz Ahmed was ordered by the London Borough of Hackney to demolish a block of flats after he breached a 2005 planning consent by building to four storeys rather than three.

He lost an appeal, but then saw the High Court overturn the rejection of his appeal.

However the High Court ruling was in turn challenged by the secretary of state for communities and local government in the Court of Appeal — where in May the case for demolition was finally thrown out.

Roger Curtis, a partner at lawyers Wedlake Bell, led the ultimately successful case for Ahmed versus the secretary of state.

How confident were you that you could win this case?

We were quite confident we would succeed. The feeling was that the planning inspector who heard the first appeal had got it wrong in terms of his powers as such. He felt he didn’t have the power under current legislation to enable him to go back to the 2005 planning guidance.

Do you find it surprising that the enforcement notice for demolition was initially upheld?

Yes, but then one could go back to the enforcement notice itself and query why Hackney Council needed to have the whole building demolished when in fact all that was necessary was to have alterations made to the building to get it back to what had been allowed in 2005. Admittedly that permission itself was only won on appeal, so it may well be that the council weren’t terribly happy about it and couldn’t believe their luck, or what they believed was their luck, when they saw that the client had gone too far.

How did this matter become something of a test case?

The secretary of state clearly felt a need to support the inspector's view that he, the inspector, didn’t have the power to consider a fall back situation in the circumstances that arose. The secretary of state, when requesting leave to appeal to the Court of Appeal, claimed the point was one that raised an important point of interest and in giving leave to go to the Court of Appeal, Lord Justice Sullivan said: "The ambit of an Inspector’s powers under those sections does raise an important point of principle ".

What work did you have to do to make the case?

How did your planning experience help in this case?

In getting the best out of a barrister and making sure that he wasn’t being over-confident in his opinions.

What do you feel is the biggest achievement with this outcome?

It’s clarifying the law, achieving what is a common-sense interpretation of what the law actually says in these situations.

In between us winning in the High Court and the appeal to the Court of Appeal, a further planning consent, again won on appeal, actually gave the client a right to keep the building, with the fourth storey taken off. So you might say, what was our fight about? But that decision didn’t come along until we were well committed to taking the case forward. We had no choice over the case proceeding in the Court of Appeal; the secretary of state took the case to that level. We just defended our client's position following the High Court ruling in my client's favour.

The client stood to lose a lot. I am pleased we succeeded in making sure we preserved his position. When the appeal to the inspector was lost, Hackney Council were pushing and pushing for compliance with the enforcement notice and then threatening to issue proceedings in the court for non-compliance with the enforcement notice and suggesting that they would ask the court to take into account the financial gain the client had achieved by not complying.

I can’t explain to you why the client didn’t just comply with the 2005 consent; but fortunately for him, he’s not ended up with a situation where the building has had to come down and he has lost everything.

I worked closely alongside our barrister, someone I knew and have worked with previously. And in fairness to him he did a very good job.