In the News: Taking an application through to appeal 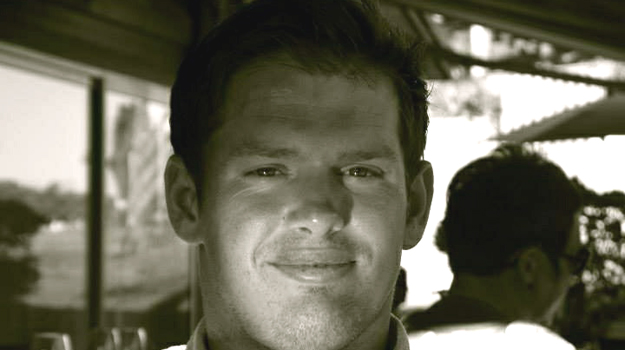 Earlier this month, a planning inspector dismissed an appeal against a refusal of permission to build 57 homes in and around a disused Plymouth quarry for reasons that included the proposal's impact on a rare species of spider. Simon Osborne is strategic planning and infrastructure officer at Plymouth City Council

Q. When did you personally first get involved with the scheme?
A. My first involvement was when Wainhomes (South West) Holdings Limited submitted a pre-application through the council’s development enquiry service in February 2013.

Q. Can you briefly outline the timeline of pre-application discussions and dealing with the planning application?
A. Unfortunately the pre-application process was very limited and consisted of one meeting.  The council expressed concerns about the scheme.  The site is a County Wildlife Site with significant biodiversity value and as such the council made it clear there was likely to be in principle objections due to biodiversity.  Concerns regarding highways were also raised. To complicate matters there is an extensive planning history to the site, including some outstanding matters relating to previous section 106 agreements which were also discussed.

Although the council were happy to continue pre-application discussions the applicant chose not to pursue this and submitted a full application in November 2013.

Q. What were the main challenges in dealing with the application and how did you deal with them?
A. In many ways the application was like any other major application, in that it is the role of the case officer is to manage and co-ordinate the process and ultimately consider the details of the application together with the responses from different stakeholders to establish the acceptability of a scheme, and where possible try to negotiate any amendments that may be necessary to improve and make an otherwise unacceptable scheme acceptable.

In this case the application had to be determined against the backdrop that despite a relatively high housing delivery record, due to the ambitious growth agenda of the city, Plymouth could not demonstrate a five year land supply against the requirements of the local development framework adopted prior to the economic downturn in 2007.   Paragraph 14 of the NPPF was therefore engaged which instructed that the development should be approved unless "any adverse impacts of doing so would significantly and demonstrably outweigh the benefits".

Despite the site's designation as a County Wildlife Site (CWS) the council’s Natural Infrastructure Team still had to convince me of the site's significant ecological value.  The Radford CWS is a locally designated site that forms an integral part of the city wide ecological network of wildlife sites, wildlife corridors, links and stepping stones between areas of natural green space. The CWS is designated for it limestone habitats and notable species including among others the Horrid ground-weaver spider, nothophantes horridus.  The natural infrastructure team made it clear to me that despite the lack of adequate survey data submitted with the application the ecological value was significant and that the mitigation proposed would not be sufficient to mitigate the impact let alone result in the net biodiversity gain required by policy.

The site has an extensive planning history including previous appeal decisions.  In these decisions it was generally considered that development within the quarry itself would adversely affect the "undeveloped" character of the quarry and the Hooe Lake area.  However, since the last appeal in 2006 there has been significant housing development on the western side of the lake and to the immediate north of the site.  These decisions were also made with the backdrop that the council could demonstrate a housing supply. Therefore we had to consider whether the current scheme would still adversely and demonstrably impact upon the character of the area.

The local highway authority also objected to the scheme as the existing access road through the existing housing estate was not designed to accommodate an extra 57 houses.  The NPPF states that to refuse applications on highway ground the impact must be "severe", however it is not made clear what constitutes "severe".  The council’s tree officers also objected due to the loss of protected trees.  It was also apparent that residents’ concerns mirrored those of the consultees.

To complicate matters there are extant section 106 agreements which had designated the quarry as a nature reserve area and included a requirement to maintain this as such. It was not simple to determine how much weight should be given to this in determining the application.  This was also subject to a planning enforcement investigation.

In my opinion, should the council have been able to demonstrate a five year housing supply it was clear that due to the impacts described above in "real" planning terms the development was unacceptable.   However, due to the requirements of paragraph 14 the recommendation which I presented to planning committee boiled down to whether, in the planning balance, the adverse impacts  of the scheme significantly and demonstrably outweighed the significant benefit of much needed housing, including at the time, 35 per cent affordable homes.  Officers concluded that the significant benefit of housing did not outweigh the adverse impacts and that the principle of the development was unacceptable and could not be overcome through amendments to the current scheme.

We therefore took the application to planning committee in February 2014, within its 13 week timeframe, with four reasons for refusal:  biodiversity; character of area (landscape and marinescape); aggravation of existing traffic difficulties; and trees.

Q. What work did you have to do on the appeal?
A. The appeal started in June 2014.  It was a bespoke appeal in that the council and appellant agreed a timeline between them. Some of the initial deadlines for submission were put back with agreement of the appellant and the council (sometimes reluctantly). The inquiry sat for eight days on in January and had to reconvene on 30-31 March 2015.

Q. What work did you have to do for the appeal?
A. As case officer it was my responsibility to co-ordinate the process and my team of six officers (including myself) which consisted of the council’s solicitor, and internal consultees that had objected to the scheme.  As it was my first inquiry, I was very much helped and guided by our solicitor in this.  Our solicitor instructed our counsel, Mary Cook of Cornerstone Barristers.  Prior to the inquiry, we had to produce a statement of case, work with the appellants to produce a jointly signed statement of common ground and finally produce our individual proofs of evidence. Each of these documents involves a significant amount of work and time. During this time we also had a number of meetings with our counsel. At the inquiry I appeared as the council’s planning witness and took the stand for most of an afternoon.

Q.  How did you feel when the council won the case?
A. Ultimately I am very pleased and feel the right planning decision has been made. Whilst I fully appreciate the need for housing, I also strongly feel that this should be built in the right place.

From a personal viewpoint, I am pleased that in almost every aspect the inspector agreed with officers' original conclusions of the scheme and that the hard work myself and the team put in, notwithstanding the significant financial cost to the council, was not in vain.