In the News: negotiating a transport planning gain agreement 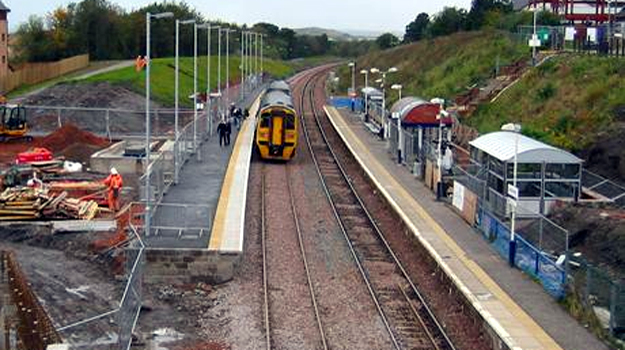 Last week, West Devon Borough Council approved a planning application for 750 homes, but halved its normal affordable housing requirement in return for funding to reinstate a local rail link. Jeremy Guise is the senior planner who worked on the scheme.

Q. How did you get involved in this application?

A. About a year ago I was looking for work through an agency and a role came up at West Devon. The application had already come in and I took over work on it

Q. What was the planning status of this site?

A. This was an allocated site in the core strategy, which anticipated it making a significant contribution to Tavistock’s planned growth. The core strategy also anticipated the reopening of the disused rail line from Tavistock and Plymouth via Bere Alston to reduce congestion on the road network. The plan called for the developer of the site to make a significant contribution towards the railway line scheme.

Q. Why did you decide to reduce the normal expected affordable housing contribution by half?

A. We had to accept a certain amount of trade-off because there were a lot of policy objectives the development was expected to meet. There was an acceptance on behalf of our housing department that it would not be realistic to ask for 40 per cent as well as a large contribution to the railway. The section 106 agreement also requires the developer to provide land for green space and a new primary school. But it was also clear that on such a significant site there had to be some affordable housing.

Q. What were the other challenges?

A. The main one was that we have a Unesco world heritage site next door. We had to give Unesco some assurances about the quality of the development. Although this is just an outline application, we asked the developer to provide illustrative plans and have agreed to fund an independent design review panel.

In addition, we have required the developer to sign an agreement on phasing to prevent the cherry-picking of the best parts of the site. They will also be required to bring forward reserved matters applications in collections of 25 homes or more each time.

Q. How much money will the developer contribute to the railway scheme

A. If it develops all 750 homes on the site then we will get £13.2 million, although it may turn out closer to 600 or 650 homes which will mean we get a bit less. This was calculated originally as being about half the cost of reopening the railway, but it is difficult to estimate. If the railway doesn’t go ahead then we will use the money for other infrastructure work.