In the News: implementing an enforcement order 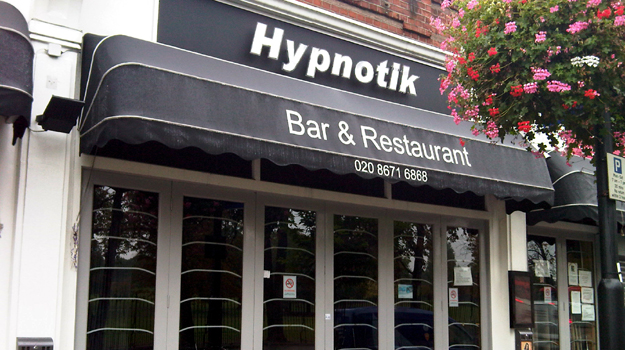 Last month, the London Borough of Southwark successfully secured a £171,000 confiscation order from the operator of a nightclub which was operating in breach of planning rules. Dennis Sangweme, now validation and fast track team manager, was manager of the enforcement team during the early part of the investigation. Gavin Blackburn, senior enforcement officer, took over the case later in the process.

Q. How did you first identify this nightclub as an issue?

Dennis Sangweme: In 2008, a breach of planning control was reported by a local resident in Herne Hill and councillors in 2008. The permitted use of the premises was as a restaurant and wine bar and it was operating as a nightclub, with shows on Thursday, Friday and Saturday nights until very late, which was resulting in disturbance. People were queuing on the pavement and congregating outside of the premises. On some nights there were illegal barbecues being held.

Q. What action did you then take?

DS: We initially contacted the operators of the premises and asked for an outline of their operations. It had permission to operate as a restaurant and wine bar, and they said they were not operating a nightclub. That was contrary to the evidence we had, so we had to carry out further operations to observe the club.

This involved both entering the premises during shows and checking social media to understand how it was being publicised. The club was advertising on Facebook and underground radio stations. By 2010, we had enough evidence and served an enforcement notice.

Q. What sort of evidence did you have to produce?

DS: We needed to demonstrate there was an issue in terms of disturbance. It was primarily observing the numbers of people and entering the premises. But we also had to produce evidence on the volume and type of music and what people were doing – which was primarily dancing and having a drink.

DS: He did not stop and appealed the notice, saying that he was being victimised and that the council was not supporting local businesses. After a public inquiry, a planning inspector upheld the decision we had made. He initially stopped but started up again after about five months. We then had to gather more evidence to carry out a prosecution for non-compliance with the planning enforcement notice. The outcome was that he was convicted.

Q. How did the council secure the confiscation order?

Gavin Blackburn: Before sentencing, our lawyers applied for an order under the Proceeds of Crime Act. The case then transferred to the Crown Court and we had various hearings there. We had to find out what Smith’s assets were – these were mainly other properties he owned, and we got a restraining order preventing their sale. We negotiated a figure of £171,000 which the court then approved.

Q. What were the main challenges in the case?

DS: I had to attend the club a number of times to gather evidence, which included an element of risk. When I arrived, they rolled their eyes. They allowed me in, but the atmosphere wasn’t that warm towards me.

GB: Although the bar had permission to operate as a wine bar and restaurant, there were no restrictions in the hours of use. So the biggest challenge to me was proving the difference between those activities and those of a nightclub.