In the News: Guiding a housing regeneration application 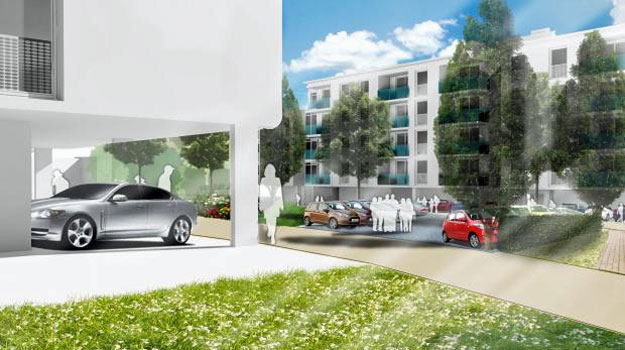 Earlier this month, Southampton City Council approved plans to redevelop a council-owned housing estate after planners concluded the scheme would boost the quality and quantity of the city's housing stock.

Steve Harrison is planning team leader at the council.

A. I took on the project about three years ago when the original case officer left. This coincided with Capita being appointed to prepare a hybrid planning application. The work started with a multi-disciplinary team walking around the estate before developing draft discussion plans. We set up a working group of officers from planning, highways and design teams to steer the pre-application submission and evolve the multi-phase scheme.

Q. What is the history of this site?

A. The council is looking to regenerate a number of housing estates in the city. We have already taken this approach on some smaller estates by demolishing garage blocks and developing housing. We are now looking to move onto five larger estates, and this is the first one. Townhill Park dates from the 1960s and is a mix of terraced housing and five storey flat roofed flatted blocks with a mixture of different tenures and ownerships. We are proposing to demolish 426 homes and replace them with 665 new ones.

Q.  What issues came up in pre-planning and during consideration of the application and how did you overcome them?

A. Due to a planning increase in density, the proposals involve a loss of open space, which is currently partly used for overspill parking. However, we secured a new central “village green" as part of the second phase of development, along with improved links to neighbouring spaces and contributions towards other improvements. There was significant local opposition to the loss of one particular piece of open space, where nine houses were originally planned. However, this objection was removed when the applicant removed this plot from the scheme.

The city council also needed to ensure the development successfully sat with special protection areas of the Solent Waters and New Forest. We undertook detailed dialogue with Natural England and a green infrastructure strategy resulted in appropriate mitigation being agreed.

Part of the brief given to Capita was that every flat should have a parking space, with each new house given two. We secured block layouts with internal parking courtyards to reduce the visual impact of the increase from 179 spaces to 778.

A local residents’ group, which had concerns over the scheme, was given assistance by Planning Aid and planning officers attended meetings with them throughout the process, assisting them with their deputation to the council’s planning panel.