In the News: grappling with an urban extension 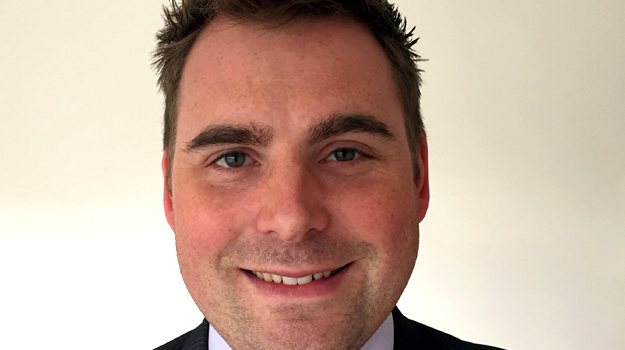 Earlier this month, councillors approved plans for a 1,000-home urban extension to the town of Uckfield in East Sussex. Chris Bending is senior planning and section 106 officer at Wealden District Council.

Q. When did you first get involved with the scheme?

A. My personal involvement in the scheme began around two years ago, not long after the council had identified the site as part of a strategic development area.

A. The site is included within a strategic development area within the adopted core strategy local plan. The SDA identified an area of land to the south west of the town, including the site and a small amount of additional land, and set out the quantum of development envisaged to be delivered. This was 1,000 homes, 12,650 square metres of employment and the creation of green space.

The site was then identified in greater detail within the council’s emerging strategic sites local plan – though this was subsequently withdrawn following examination during the course of the application.

Q. Can you outline the timeline of pre-application discussions and dealing with the planning application?

A. At the outset of the project it was agreed between the applicant and the council that, given the range of issues involved, regular project team meetings would be required, to be supplemented by additional meetings on specific issues as necessary to ensure that the wider objectives were not lost in detailed issues.

In practice this meant a small group of planning officers - myself as case officer and occasionally our head of service - meeting with the applicant's lead planner and strategic land representative on behalf of the applicant. Additional meetings were then held on discrete topics, most notably on highways issues, odour from the nearby waste water treatment works and issues around the area of green space.

The application itself was submitted to the authority at the end of January 2015, slightly later than hoped by all involved, meaning that consideration before the council elections in May 2015 was not possible. The application went to a special committee meeting in early June 2015, where the committee resolved to grant consent subject to a range of planning obligations and conditions.

Q. What were the main challenges in dealing with the application and how did you deal with them?

A. Given the size of the site, particularly for a relatively rural district council, there was no shortage of issues. As a snapshot, there were issues of; proximity to waste water treatment works, green space provision and quality, traffic impact and pedestrian connectivity, scheme viability and affordable housing provision, infrastructure requirements and the rapidly evolving plan status within the district.

The highways impact of the scheme and the quality of associated pedestrian and cycle improvements was one of the most significant issues for the application. From early pre-application discussions, it was clear that the Highways Authority had some significant concerns regarding the site and what the overall impact on the town centre might be. Uckfield is a modest market town in a relatively rural area and whilst it benefits from rail connections to London, the private car is still the mode of choice for the majority or residents and workers. A number of meetings were held with the Highways Authority and the applicants transport team to try to move matters forward. Taking the issues in turn, the project team were able to narrow the areas of concern significantly and ultimately, whilst the Highways Authority retained some level of concern, we were able to satisfy the Highway Authority’s principal objections.

Provision of green space for the site was an absolute necessity to ensure that the development could meet the terms of European habitat regulations, however the detail was open to far more debate. The core strategy did not identify a specific site for the green space and initial proposals from the applicant had it within the main site surrounded in large part by housing development. During the course of pre-application discussions officers suggested that the area would be too influenced by urban features to create a sufficient quality space to provide adequate mitigation. Following protracted discussions the applicant was able to negotiate the addition of an a further 29 hectares of land on the opposite side of the A22 (accessed by underpass) to provide a high quality SANGS. Of course detailed matters remained including road noise, necessitating creation of a large bund and the detailed design and specification of the planting and other works.

Finally, scheme viability was a significant and sensitive issue for the site. Whilst the development proposed is very significant, the costs of the development are equally significant – A 29 hectare green space, together with maintenance for 100 years does not come cheap, let alone many of the other infrastructure requirements. It was clear to all involved that affordable housing delivery at the target 35 per cent rate would be a challenge from the outset. In the end the council has agreed that affordable housing will be provided within a range of 15-35 per cent with precise levels clarified via open book assessments to support each phase of the development, noting the 10-12 year anticipated construction timeframe.

Q. How much work did you have to put into this application compared to smaller ones?

A. The application proposed a very significant amount of work, though I would always prefer to deal with one application for 1,000 homes than 1,000 single dwelling proposals! I have worked on major applications for a number of years now and I strongly believe there are economies of scale in terms of workload and it is always easier to get additional expert input guidance from highways officers, viability consultants etc. Having said that, I will be happy to deal with a few applications over the next months that fingers crossed will have fewer issues than this site!