In the News: getting consent to develop MoD land 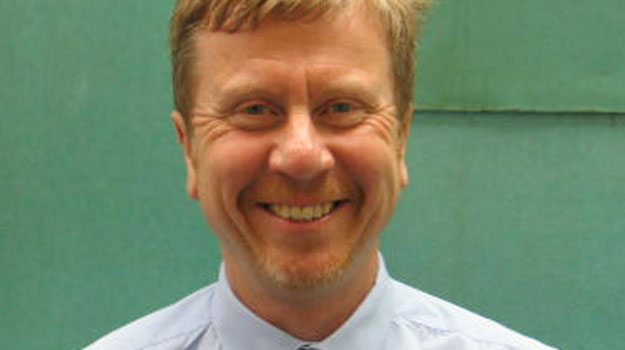 Last month, East Hampshire District Council approved an outline planning application from government regeneration quango the Homes and Communities Agency (HCA) for a 500-home development at a former Ministry of Defence barracks at Whitehill and Bordon in Hampshire.

The project forms a part of wider plans to build around 3,500 new homes in the town, following the MoD’s decision to leave the area.

Ian Collinson, a spatial planning manager for ATLAS, the HCA’s independent advisory service, helped facilitate negotiations to produce an application that was acceptable to local and central government parties.

Did you offer advice to the district council and the HCA delivery team equally?

The key word is impartial – we provide impartial advice. It basically means we work with both parties and get them to work collaboratively. It’s about identifying where the critical blockages are and working through them to facilitate discussions; developing a system to help reach the key milestones we’ve identified.

Why did the HCA decide to buy the site?

It was part of a wider ongoing discussion between the HCA and other government departments, not just the MoD – about how best to deal with government land assets in terms of the need to provide new houses quickly. It made sense because I think the HCA was better equipped to bring this forward quickly, in isolation from the bigger Whitehill Borden scheme.

In terms of working on a large-scale proposal, this is pretty much the biggest East Hampshire has ever dealt with. I’ve really enjoyed it. Probably the most interesting thing for me has been being able to observe at close hand how a local authority is able to interact and work collaboratively with a government agency on such an important and strategic project. It’s been a really efficient process – with such a complex set of issues, to get it to the point of securing planning permission within 10 months as we did I think is pretty amazing.

What makes the issues complex?

One of the challenges has been the timescales, partly due to some other funding secured by the HCA to work on infrastructure around the road network. They had to have a planning permission in place pretty quickly to ensure that funding could be secured.

Strategically speaking, this has brought complexities – trying to deal for example with the issues around getting a new road straight through a residential area, within this amazing natural woodland landscape. It’s been one of the areas we’ve spent most of our time on. Doing that and delivering houses and hopefully jobs, it’s quite a challenging environment.

How difficult was it to get agreement?

We were trying to address these placemaking, urban design issues within the context of an outline planning application. The council wanted to have a degree of control, to set down some of the key design parameters and principles now – so that later on in the process, when the developer actually comes on board and looks to build houses, you’re not starting afresh.

That was the ask of the local authority, but from HCA’s point of view, they needed ultimate flexibility in the planning permission – to be able to take this scheme to market and dispose of it to a housebuilder, who could then build the houses quickly.

So the challenge was to try and reach a balance between the HCA’s perspective on the one hand, and on the other to try and secure some level of control on design. So we were sat in the middle of that debate really, assisting both sides.

How did you go about it?

A lot of our work was through facilitated discussions and workshops. We got the right people in the room, well-briefed, and brought examples of how it’s been done elsewhere. What we ended up with, which is not unique but fairly rare, was a design principles document.

It’s something that sits between a full-scale design access statement and something that can be used prior to the decision, so the council can refer to it in making a decision. Subsequent detailed submissions must accord with it.

What impact do you think that document made to the outcome of the application?

I attended the planning committee when the decision was made to grant permission. Every member at the council made reference to our document as being a really good way of describing to them what we were after in terms of a design solution.

I’ve come away with a sense that we’ve really made a difference. I could go on about loads of other factors, but that one thing stands out as something in my mind that we achieved, all of us working together.

What happens now – is this the end of your involvement in the Louisberg Barracks development?

I hope not. In terms of his particular phase, it’s now got consent and our job is to bring things to the point where they get consent. But it’s only an outline consent so, as and when HCA eventually dispose of this site to a housebuilder – and that housebuilder then goes back to the council and says, we want to submit detailed plans – I would hope we’ll get invited back in to help.