In the news: successfully challenging plans for the redevelopment of Smithfield market 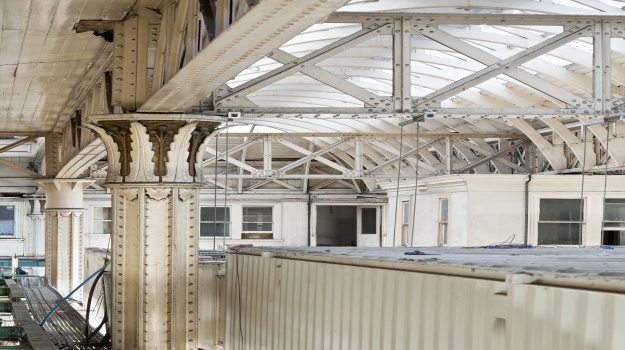 Changes to the existing architecture proposed by developer Henderson Global Investors, and approved by the City of London Corporation last year, were deemed “wholly unacceptable” by the minister.

They would have seen interiors of general market, an annex building and a former engine house removed to make way for almost 27,000 square metres of offices, retail and restaurant space.

Pickles called in the proposals for further scrutiny in September last year following concern from heritage groups including Save Britain's Heritage.

He agreed with recommendations of the planning inspector, who held a public inquiry into the scheme earlier this year and concluded that the proposals should be rejected.

Mike Fox is a case worker for Save Britain's Heritage who led on planning.

A I was present throughout the inquiry and helped to deal with all the planning issues and the preparation of evidence. This part of the campaign goes back two years but our involvement has lasted a decade, so the planning has been complex.

A We had to pull together witnesses and lots of evidence in various forms. We couldn't afford big legal or planning teams and had to handle it all ourselves, down to printing to collating pages.

A Two of the biggest were going up against an enormous multinational organisation and trying to disprove Henderson's claim to planners that its scheme was conservation led. We had to provide alternative pictorial evidence to show the impact of the proposed scheme.