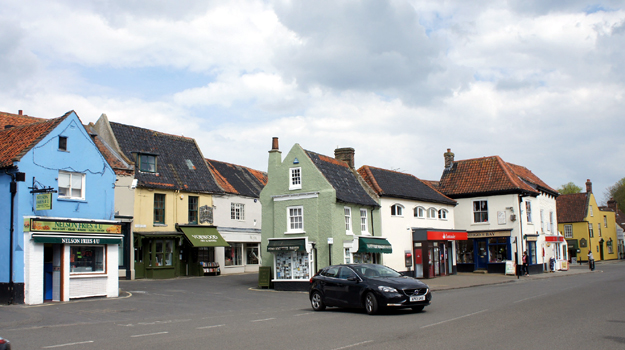 Earlier this month, a planning inspector dismissed an appeal against a council's refusal of a 170-home development after concluding that the 'environmental and social harm' caused by the scheme would not represent sustainable development. John Williams is team leader in the major projects team at North Norfolk District Council.

Q. When this application land on your desk?

A. We received the outline application around June 2014 after some pre-application discussions with our policy team. As officers we had informed the applicant of our informal view that we wouldn’t support an application on the site. The proposal was on agricultural land between housing on the edge of the town of Holt and a country park run by the council.

Q. What was your involvement with the application and what were the issues you had to consider?

A. I wrote the report for the planning committee, recommending refusal, in October last year.

The grounds for refusal related to the council’s land use policy – in our core strategy we had allocated two sites in Holt, totalling 400 homes. We felt Holt was already accommodating its fair share, and the proposal was on land which was not allocated in the plan. There was no local support for the project and the town council was against it.

The county council’s education authority also objected to the application because of the number of school places that would have been created by the development. They said there was no capacity to accommodate extra pupils, which was an extra reason for refusal

Q. What was the applicant’s argument?

A. Gladman Homes contested our five year housing supply. They said our core strategy was out of date and that the housing allocation should have been higher than proposed. They also said we had a poor record of delivery and we should be using a 20 per cent rather than a 5 per cent buffer on our five year housing pipeline. To be fair, we felt that we listened to what they said but we were sticking with our own figures.

A. The applicant resubmitted exactly the same application – I am not sure why, other than they thought they would give us another chance to change our minds. That was refused in February this year for exactly the same reasons.

Q. How much work did the appeal take you?

A. It was very time consuming, and not just in preparing my evidence. We also had to prepare a draft set of planning conditions and obligations, along with a statement of common ground for the inspector.

Q. How did you react when you heard the appeal had been rejected?

A. We were very pleased with the decision. However, the developer has the opportunity to challenge the decision in the courts and I understand they are still considering their position.