In the news: Croydon’s Mike Kiely 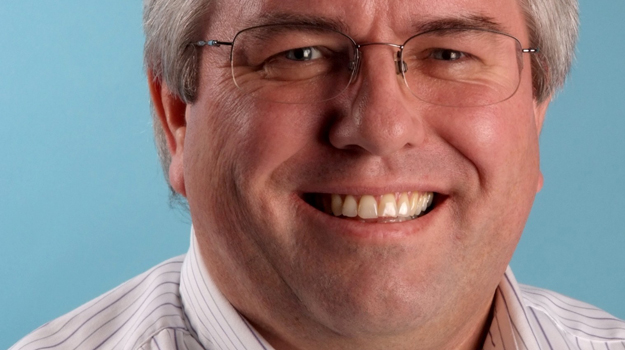 Last week, plans to demolish the London Borough of Croydon's former headquarters and replace it with a 420-home regeneration scheme including a 32-storey residential tower were approved by the authority's strategic development committee.

The new development would be constructed on a 0.56-hectare site adjacent to Queens Gardens, and as well as the tower block would include four low rise buildings of between six and 13 stories with two ground-floor retail and cafe units.

The plans are contrary to one policy in Croydon Council’s unitary development plan because the footprint for the new homes includes some land from the existing Queens Gardens, which is designated as local open space.

Mike Kiely, Croydon’s director of planning and building control, explains the rationale behind the project.

Could you tell me a bit about the origins of the project?

The offices were provided for the council in the late 1950s or early 1960s and were really past their sell-by date. The building was tired on all sorts of levels and needed a lot of money spent of it to bring it up to date. So the council considered its options and decided to build itself a new office next door. We’re now in the new offices that are much cheaper for us to run.

What were your ambitions for the Taberner House site?

We really wanted to get rid of Taberner House. It’s a very tall, east-west orientated block that sits due south of an area of Queen’s Gardens and throws a large shadow over the garden all day. So the plan was to remodel the site with a perimeter block of varying heights and create a new courtyard that would act as an extension to the gardens. The idea was also to locate a residential tower in the south east corner of the site so that the shadow would fall on the road to the east of the park from midday. Most people use parks from the middle of the day onwards.

Could you tell me a little bit more about how CCURV operates and at what stage it got involved in the project?

We set up CCURV with John Laing about five or six years ago. It’s an asset backed vehicle and effectively how it works is that if we as the council have surplus land we give first refusal to CCURV and they can accept it on normal commercial terms – or not as the case may be. In this case they accepted it and they’re now working in partnership with housing providers to deliver the development.

When do the developers intend to commence development?

They’re on site now in that they’re demolishing Taberner House. Consent was given for demolition separate to the recent consent. There was some case law recently about the need for environmental assessments for demolitions. As a result, demolition could effectively be considered to be a project in and of itself for the purposes of the environmental impact regulations, and therefore the permitted development rights that exist for demolition fall away. We took the view that we would apply for a separate consent for the demolition and that was granted several months ago. They’re on site with the demolition now and once it’s leveled the intention is to proceed with development straight away.

How did you justify the loss of public space in Queen’s Garden?

There’s a net increase in public open space as a result of the project. Effectively the perimeter block comes a little bit further north into the gardens but the courtyard it creates more than compensate for the lost space. We see the courtyard as being a harder space served by cafes. It also creates new connections through the site to the south, so it becomes a much more integrated part of the street network.