In the News: Council anger over 'no social housing' advert 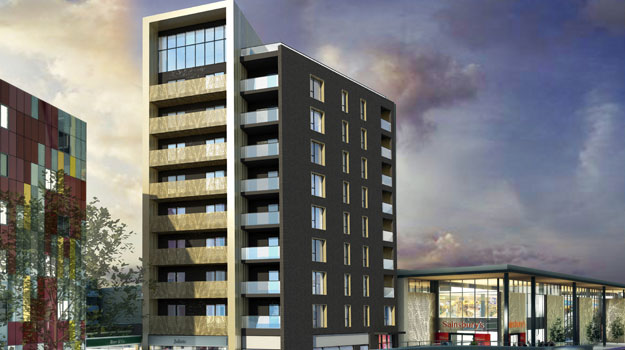 Last week the Royal Borough of Greenwich asked developer Development Securities to apologise for an advert for homes in the new Cross Quarter Development at Abbey Wood.

The advert, which appeared ahead of a launch in Hong Kong, described the building as "a fully private block with no social housing".

The council said the advert was “appalling” and “out of touch”.

A spokesman for Development Securities and co-developer Hurlington said that Abbey Tower was one part of a major redevelopment scheme of more than 200 homes, 11 per cent of which would be affordable.

Q Why was the authority unhappy with the advert promoting a lack of social housing?

A Because this advert was appalling and showed the developer to be completely out of touch with what matters to our residents and what matters in London - how important the provision of affordable housing in the capital. The borough has a long-held determination to secure as much social housing as possible in our developments and we have one of the best track records in London in achieving this. It was also a gross misrepresention of this development, which is being delivered in two phases and contains the majority of affordable housing in phase two. We worked hard to ensure affordable housing was delivered in this scheme along with excellent new community facilities.

How did you hear about it and why was it unhelpful?

A The local member of parliament brought it to our attention, at which point we sought an urgent meeting with the developer. The content of the advert was crass and it did not represent the development, which contains a good mix of much-needed quality homes of various sizes and a number of key community benefits including a new supermarket, new library and new nursery.

How have you responded?

A We expressed our thoughts to the developer in the strongest possible terms. We asked them to retract the advert and to apologise for allowing it to be published. We also seriously question the relevance of marketing these homes abroad given the current housing crisis facing London - which again shows just how misjudged this was.