In the News: Convoys Wharf 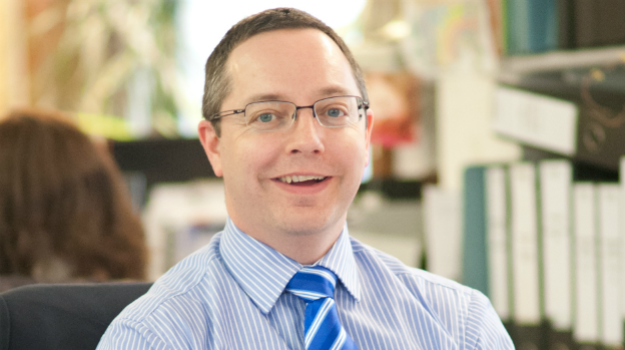 Mayor of London Boris Johnson recently approved developer Hutchison Whampoa's proposals for the 3,500-home redevelopment of a riverside site in Deptford after taking over the power to decide on the application from the London Borough of Lewisham.

The 16.6-hectare Convoys Wharf scheme was masterplanned by architects Farrells, but Greenwich consultancy bptw partnership led on all matters relating to the planning application, from co-ordination of the professional team to preparation and submission of the application documents.

Q: What has your personal involvement been with the scheme?

I have had a high level of personal input into the project, developing the planning strategy and attending most of the internal and external meetings. I have overseen the co-ordination of the submission working closely with my team and the client.

Q: The partnership has been working on Convoys Wharf since 2010. How many staff from the consultancy have been involved with the scheme, and how much time would you say has been spent on it?

Since the start of the project, I would say at least eight members of our team have had some involvement to one degree or another. In terms of time commitment, the project has probably required the equivalent of a full time member of staff, and a significant level of input from myself.

As this was a large application, there were a number of professionals involved, with [consultants] Buro-Happold employed to prepare the environmental statement. We worked very closely with them and others to ensure that the complex issues were fully co-ordinated in the submission. Working jointly with Farrells, we acted as lead consultant, co-ordinating and attending all project meetings and presentations to the council and external agencies. We also worked closely with HardHat, the public relations advisors for the project.

Q: What has been the most challenging aspect of Convoys Wharf to date?

The whole project has been a challenge, simply because of its size and complexity. Ensuring all of the technical aspects have been thoroughly tested and co-ordinated has been a major undertaking. Dealing with even relatively minor changes can have a significant impact on the detail that is needed to be submitted. As you would appreciate for a scheme of this size, there are a wide range of statutory and local consultees and balancing sometimes quite diverse objectives and aspirations whilst ensuring that the scheme is viable and commercially attractive has at times been difficult.

Q: Boris Johnson took over determination of the application from Lewisham last year. What were the implications of that for you and bptw?

The mayor taking over the application was clearly a significant step. However, for us the process did not change significantly. We have worked on many schemes with Greater London Authority (GLA) involvement and are familiar with their processes. We agreed with the GLA and the council that it would be beneficial if all parties met regularly, which we did to work through the issues. Whilst I cannot say that all parties were in complete agreement, we were able, through this process, to resolve various key concerns that had been raised by the council, particularly in relation to how the reserved matters design process would be approached.

Q: The consultancy is based quite near to the development site. Was this a coincidence, and were there advantages to bptw's proximity?

Being located in Greenwich close to the development site was largely coincidental. We were introduced to Hutchison Whampoa through the previous project architect with whom we had worked on other development projects. As a practice we have a strong track record of success in the south east and in Lewisham. I’m also from the local area and have previously worked for the London Borough of Lewisham so it is probably fair to say that strong local knowledge was a factor in our appointment. We have also delivered several successful large-scale regeneration projects, which gave the client confidence that we could handle a project of this scale.

Q: Can you tell us about where you studied for your planning qualifications and your career path to date?

I started working as an administrative assistant in Lewisham’s planning department as a school leaver in 1987. In 1990 the council sponsored me to study town planning at Southbank on a part time (day release) basis whilst working as a development control officer. This was a four year part time degree, followed by a two year diploma. The council were very supportive and I was able to work on a wide range of projects which gave me valuable experience and, when I finally left the council in 2002, I was development control manager.

I moved to Hepher Dixon town planning consultants in 2002 as an associate and became a director in 2005. Then in 2007 I joined bptw partnership and started a new planning team. Since then, I have become an equity partner of the practice and we now have a very strong team of planners acting as consultants on projects across the South East and further afield. We work on everything from small-scale private housing schemes to large regeneration and development projects for major developers.

Q: What do you like most about being a planner?

The thing I like most about being a planner is that no two projects are the same. I get to meet, and represent, a wide range of people from local residents and community groups to large developers and housing associations. Every day is different and brings its own challenges. Seeing something that we have worked on being completed is very rewarding, for example we recently acted as planning consultants on a major development at Loampit Vale in Lewisham town centre. The scheme includes a landmark leisure centre which looks absolutely stunning and picked up a London Planning Award this year.

Q: Is that what you expected planning to be like at the beginning of your career?

When I started out as a planner, the profession looked interesting and offered many opportunities. These are far greater than I ever expected, and although the last few years have been challenging, I still believe that planning is one of the most diverse, interesting and challenging careers I could have chosen.