In the News: bidding to become a self-build vanguard 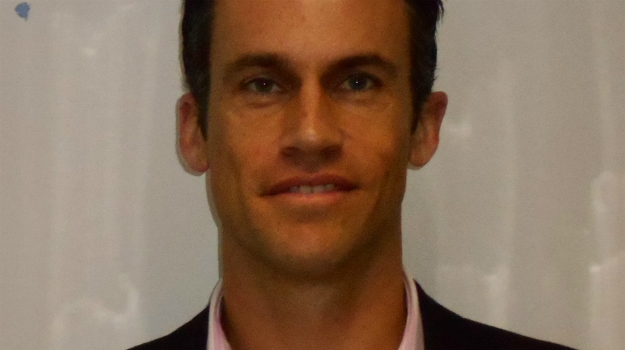 In September, Sheffield City Council became one of 11 “vanguard councils” selected by the government to pilot a scheme supporting individuals and groups who wish to build their own homes.

John Clephan, regeneration manager at Sheffield City Council, led the council’s successful bid for vanguard status, which has secured £100,000 of government funding to get the initiative off the ground.

What do you think made your bid successful?

We had to demonstrate that the city wants to explore the demand for self or custom build and that we are willing to change the way we normally operate to support it. This means, for example, demonstrating how we dispose of land for development, and how we can allow for individually-tailored self-build plots while still delivering a cohesive housing scheme and relating well to the surrounding neighbourhood.

How are you going to develop the register of potential builders?

We are organising a launch event at the town hall on 22 November. We’ll be asking people where they are at, what they are looking for, and how much involvement they want to have. We hope to bring in people who are interested in self and custom build but also to bring in small developers, and people who have financial products. It’s partly about facilitating, putting people in touch with other people; knowing that as a council we won’t have answers to it all.

How do developers fit into the picture?

With the support of the council, a developer would be able to bring in the expertise, skills and knowledge that may be preventing a self-builder from doing a scheme entirely on their own.

Where is the money going?

Part of it will go initially into putting the word out there, creating and managing the register. Then we’re going to focus on our land. A lot of the barriers to self-building are that it requires a lot of upfront investment. We’ll be doing comprehensive surveys on the land, producing some useful planning and design guidance – saying what the constraints are on that site, what the surrounding housing context is like and so on – so removing a lot of that initial work.

Is part of your responsibility, beyond guidance, to ensure the sites you identify will actually get permission?

Yes, we’ve got a handful already identified and we’ll have a good list by our launch date, of all different sizes. We won’t put anything forward that you’re not going to be able to get housing on.

What are the challenges?

In the main we’re not going to be dealing with big developers. These are people who need more time to work up schemes, who may then want a different arrangement for purchasing the land from us and we need to be open to that.

There could also be challenges to the planning authority. If a site were to come forward that had individual plots identified – where each house might be different, with separate self-builders on each plot – it could present challenges, in terms of the coherence of the scheme, and how it relates to its surroundings. But that’s good – we want to find ways around it, to allow everyone living in that neighbourhood to be happy with the scheme that goes up. We have to take those challenges on.

Who will be eligible to buy one of your plots?

We don’t want to be overly restrictive. We are not at the moment thinking of ringfencing areas for if you’re local or live within the city boundaries or whatever. But when we get to the point of having a land deal negotiation with a purchaser, we would need to know what are their intentions, what is their likelihood of being able to follow through. And we would discuss, say, what would happen if they haven’t started building after 12 months.

The overall approach is about what will make it happen, or what can reduce the risk of it not happening. We will need criteria so that when people have said yes they like a site and they are starting to talk about a particular scheme, we are ready at that point to discuss how we expect it to run.

What kind of interest have you had so far?

We’ve had people ringing up just from the press stories about us getting vanguard status. And we’ve been having conversations with different groups. For example, we’ll be partnering with Sheffield University, especially their architecture department, who are very keen to work with us. They will be really helpful to us in sharing best practice as they’ve done a lot of research already.

Another partner is the Sheffield Cohousing Network – a 100-strong group of individuals who want to build and live in the same area and share the same values.

What motivates you to be part of the ‘right to build’ pilot?

The council has a real appetite for being very open about this, for going out and identifying what the demand is, and doing what we can to support demand, then turning that demand into real custom-build and self-build homes. That’s what it’s about for us.