In the News: Assessing a major masterplan 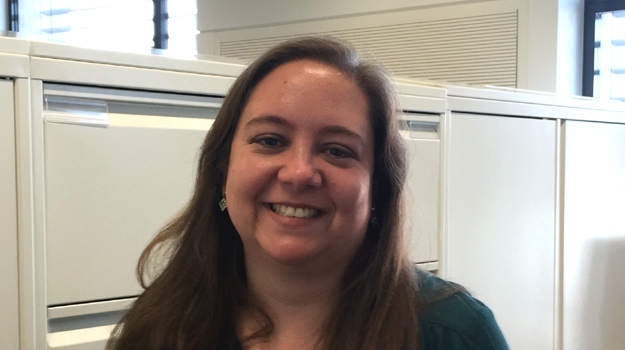 Earlier this month, A revised masterplan was approved for the redevelopment of land on London's Greenwich Peninsula. Samantha Moreira is assistant area planning manager within the development team at Royal Borough of Greenwich.

Q. When did you first get involved with the application and why was it your desk it landed on?

A. I work in the Development Team which deals with the strategic sites in the Borough. The team was originally set up to deal with the previous 2004 Greenwich Peninsula Masterplan. Since joining the team 10 years ago I have worked on many of the applications either related to the 2004 masterplan or proposals to vary parts of it. The revised masterplan application therefore landed on my desk as I have the most experience with this site.

A. The site was principally used as a gas works until the mid-1980s. Much of it was heavily contaminated and lay unused until the late 1990s following the construction of the Millennium Dome and the opening of North Greenwich Station. With these developments came the first masterplans for the site which delivered the primary road infrastructure and open space that exists today, as well as the remediation of the majority of the contaminated land which prepared the way for the continued regeneration of the peninsula.

As already mentioned, a previous masterplan for a mixed-use development was granted for the site in 2004. This included 10,010 homes; 370,000 sq m of commercial space, 33,000 sq m of retail and food and drink floor space, plus hotel floor space supporting community uses, open space, transport and highway infrastructure. It also established the area as a leisure destination with the development of the O2 Arena and entertainment district within the former Millennium Dome.

Since the 2004 permission, 229 residential units, approximately 40,800 sqm of office space - part of which has been occupied by Transport for London, 2,200 sqm of retail space and student accommodation have been delivered on the site as well as the relocation of Ravensbourne College to the area. The Emirates Airline was opened in 2012. In addition, detailed consent has been granted for 2,593 residential units which are currently under construction.

Q. What was the scale of the work that you had to do on it?

A. In the beginning I probably spent about the equivalent of 1 full day a week working on the application, which increased to most of my time as the report deadline and planning board date drew closer. It took just over six months from submission until it was reported to Members. We are now finalising the Section 106 (S106) Agreement and carrying out the necessary statutory referrals before we can issue the decision.

The work involved the usual stages of dealing with these types of applications – validation, setting up the consultation, assessing the application, dealing with consultation responses and writing the report to the planning board. Fortunately, my manager did most of the work on the S106 side of things so that helped with the workload.

As you can imagine, there was quite a bit of interest in the scheme both from within the council and externally. So, a lot of my time was spent answering inquiries and providing briefings and updates for senior management and others as part of the usual consultation process.

We had regular fortnightly meetings with the applicant, which were useful to help everyone keep on top of the key issues.

Q. What were the main challenges of dealing with this application and how did you deal with them?

A. We had been through quite an extensive pre-application process so I was familiar with the scheme and the format of the application. However, the scale and mixed-use nature of the application meant that there were a diverse and extensive number of issues to consider. There was a planing performance agreement – the first ever in our borough - for the application with a specifically targeted planning board date, so that increased the pressure a bit. I had a schedule that I tried to stick to but it’s not always easy when you have other cases and other responsibilities to deal with. I decided to wait until the consultation responses came in as those usually help to identify the main issues that need the most attention.

The site has a quite a few physical constraints which involved a number of statutory consultees who all wanted to make sure the scheme doesn’t interfere with their infrastructure and interests. It was quite challenging trying to balance their concerns and the need not to unnecessarily inhibit the development of the site. Luckily, because I have been working on the site for so long I had dealt with most of these issues before and knew most of the people involved. A lot of the issues were resolved through ongoing negotiations to agree conditions or S106 obligations with them and the applicants. With issues that cannot be agreed between the parties you have to take a pragmatic approach, taking planning policy into account, and make a recommendation.

Q. Did you learn anything new about your job as a planner through dealing with this application?

A. Although there were a lot of issues to resolve, the majority of them were identified at an early stage so there weren’t too many surprises in the consultation responses once the application was submitted. This has increased my appreciation for the pre-application process and early engagement with the main stakeholders when dealing with these complex schemes.