In the News: approving plans for a waterfront regeneration 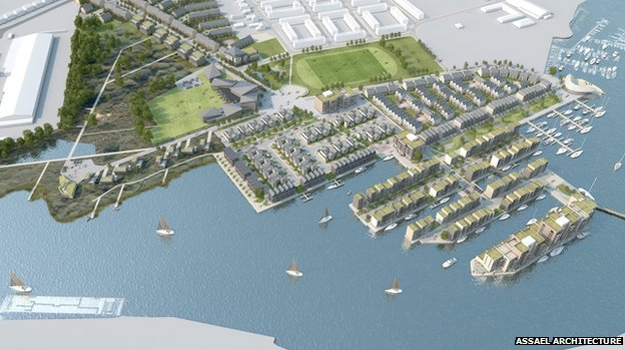 Outline plans for an 850-home mixed-use scheme in Lowestoft, Suffolk were approved by planners last month.

A. The former urban regeneration company for Lowestoft and Great Yarmouth did some initial work on the site before it was wound up. The site was included in Waveney’s core strategy, adopted in 2009, and in 2012 an area action plan was created for a sustainable urban neighbourhood. This application makes up a large part of that site.

Q. When did you first become involved with the plans?

A. An application was submitted last December but we had a lot of pre-application meetings with the agent and architect. In addition, we met with an ecologist and transport planners from Suffolk County Council.

Q. What were the main issues that had to be resolved?

A. Most of the potential stumbling blocks were actually resolved after submission. This involved minimising the impacts on wildlife sites and resolving transport concerns. The agent had to do additional work to ensure there was proper management of a wildlife site that is home to a population of common lizards, as well as changes to the traffic layout. Original proposals for a traffic light controlled junction were amended to a simple T-junction.

Q. Was there any opposition to the plans?

A. The site is critically important for meeting our five year land supply and had proceeded through the core strategy and AAP process. At the last minute there was a lot of local opposition from an organised group which generated a lot of letters. It got quite political and a number of councillors voted against approval, although it got the go-ahead.