In the News: approving an urban extension 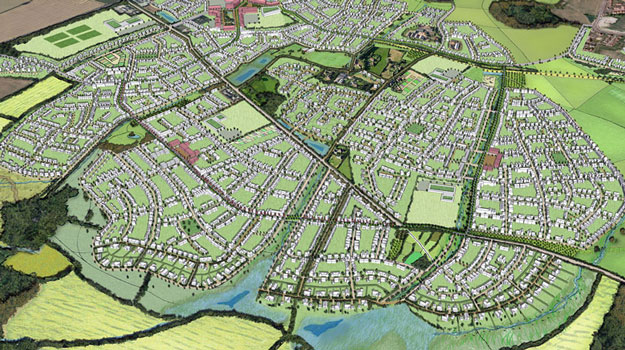 Q. What is the planning history of this site?

A. As an idea it has been around for 10 years. Ashford was designated as one of four growth areas under the previous government. We had a totally new form of stakeholder engagement that led to the Greater Ashford Development Framework, which was published in 2005. Chilmington Green was identified as one of two urban extensions for the town in the Core Strategy, which was adopted in 2008.

Q. When did you first get involved with the plans?

A. I started at the council as a consultant in 2006, working two days a week. I gradually increased that and finally became a permanent member of staff, when my role was primarily to deal with the planning application side of the process. However, at the time, an area action plan was being worked up, so I worked with planning policy on the formulation of the document. This included regular meetings with the developers, consultants and the community.

Q. What sort of consultation did you do on the plan?

A. We had monthly steering group meetings with the developers, which became fortnightly towards the end of the process. We agreed specific dates by which time we would provide each other with information. We also had, and will continue to have, a regular community group meeting, which includes members of the community, parish councils, and local councillors.

We also ran regular stakeholder meetings where we invited parish councils and local people and highways and ecology experts.

Internally, and working with Kent County Council, we had a series of working groups on specific topics such as waste management, affordable housing,  sports facilities and sports facilities. They fed back into an overall project group.

Q. What were the main challenges about dealing with the planning application?

A. It is such a long period of time – will take 25 years to build out in four distinct phases. We needed to build flexibility into the plans.

There were so many issues to think about in an outline application of this scale, and we had to make sure we covered everything we could think of in terms of s106 heads of terms and planning conditions. Our special focus is on quality place making and an innovative community management organisation.

There was an action group set up and they presented a petition to 10 Downing Street with 8,000 signatories during the AAP process. This was taken into account by the Inspector who nevertheless found the AAP to be sound following the EIP, and we took public opposition into account through the planning application process. In addition we appointed our own environmental statement consultant to check the adequacy of the ES submitted with the application, so that we could demonstrate the process was robust. We also had a viability consultant which was very important for a scheme of this scale and lifespan.

Q. Was the 16 week target for the determination of major applications an issue?

Q. What did you learn from the process?

A. On a project this big you can’t do it yourself. You are relying on a lot of other people to give you information. It has been a great example of how you can cooperate with colleagues and stakeholders to get to the position you want to be in.