In the News: Approving an opencast coal mine 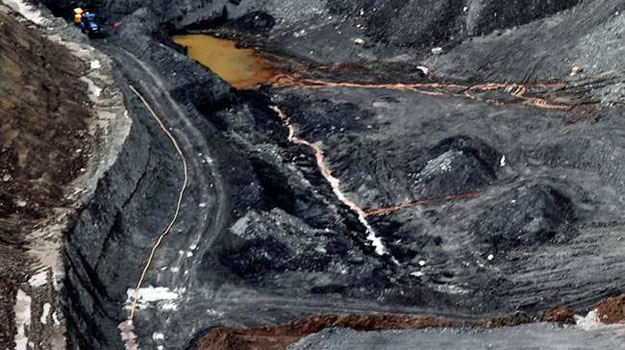 Earlier this month, Northumberland County Council approved plans for a mining company to extract 3 million tonnes of coal from a site near a Northumberland beauty spot despite objections from wildlife campaign groups and thousands of residents. Frances Wilkinson is specialist planning services manager at the council.

Q. How long have you been involved with this application? Why did it land on your desk?
A. I saw it through from pre-application stage until now. Our first contact from the scheme promoter was probably initially in 2014, when we had high level discussions. Then they came in for more formal pre-application discussions. The specialist planning team is responsible for mineral applications, waste and renewables –  both policy and development.

Q. What form did the pre-application discussions take?
A. The very early discussions were looking at the benefits the scheme could provide. Both the applicant and we realised it would be sensitive given the location. The applicants were keen to bring benefits in ecology and public access.

During the formal pre-application discussions, we created a development team where we gathered all our internal consultees – from environmental health, ecology, archaeology, conservation and highways. The team sat around to discuss the proposals and as more detail built up we had more detailed discussions.

The applicant also ran community workshops before they submitted the application. I found it helpful attend – it gave me a view of the local concerns, and I answered questions about the planning process. That fed into the issues I was able to raise with applicant.

We had a planning performance agreement which enabled us to manage the process in a timely way. We both agreed a time period that we thought was reasonable and got the application to committee by the agreed time.

Q. What were the sensitivities surrounding the site and how did you deal with them?
A. It is near to an area called Druridge Bay, which has some Sites of Special Scientific Interest nearby, a marine conservation zone and other protected areas. The site isn’t beside or adjacent to the beach but the perception among residents was a bit different and an action group was created to generate objections. There was a lot of concern about the impact.

Going to the workshop meetings helped me get my name and face known in the local community so I wasn’t a faceless bureaucrat. It helped break the ice with some of the objectors. I met with them during the application process. It helped them understand what the council could and couldn’t do within planning rules. Although we didn’t always agree, we understood where each other were coming from.

Q. Were there any other challenges to dealing with the application?
A. It was a big application and had a very lengthy environmental statement. It was very important to read through it to make sure I flagged up the right questions to ask, but it was very time consuming.

We also had thousands of letters of representation – both in support and objecting. Keeping on top of that was a challenge. Many were standard templates, which helped, but we had to pull out the non-standard ones to make sure that those points were taken into consideration.

Some members of the planning committee were very experienced but some less so. We did a bit of training with them and took them on a site visit to an existing coal site to give them an understanding of what a similar facility was like.

Q. What happens now?
A. We are waiting for the government to decide whether to call in the application. We can’t issue a formal approval notice until that decision is made.