In the News: approving an airport terminal 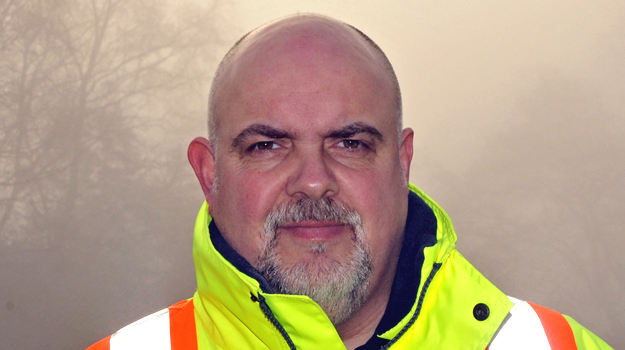 Plans have been approved for the redevelopment of Manchester Airport, including the demolition of the existing Terminal One and the more than doubling in size of Terminal Two. David Lawless is a senior planner at Manchester City Council

A. I have worked in the south Manchester development management team for more than 15 years and dealt with many applications in and around the airport. However, it wasn’t until being appointed as one of two senior planners in that team that I started to deal with some of the more major applications at Manchester Airport. I’ve previously dealt with the outline applications for the various elements of Airport City Manchester and subsequent reserved matter applications. Given this, and the working relationship I have with the applicant, there was a certain logic to me dealing with this application.

Q. What is the planning history of the site up to the submission of the application?

A. The expansion of Terminal Two stretches back to 1994 when the original outline application was submitted. The reserved matters application was approved in 1997 and was partially implemented. However, as passenger numbers continued to rise there was a desire from the airport to improve facilities, something the part implemented permission would not have been able to fulfil.

In 2015, the applicant developed a Terminal Development Strategy within the Manchester Airport Draft Sustainable Development Plan proposing all future terminal expansion at the airport around Terminal Two.

Policy colleagues worked closely with ourselves and Manchester Airport to prepare the core strategy which set out the policy context for this and other major proposals at the airport, allowing me to concentrate more on the site specific issues.

Our role is to ensure the decision making process not only delivers the right development in line with key objectives but that it stands up to the highest scrutiny and rigour. Front loading the process and always keeping a critical eye on applications has been key to this.

Q. What were the main challenges to you in dealing with the application?

A. This was an outstanding example of how having a good working relationship with a developer and front loading the process with meaningful meetings can ensure that there are no surprises when the application is finally submitted. The issue of airport expansion and climate change were ever present and a case had to be made explaining that the main driver for the proposal was the modernisation of the airport, primarily the replacement of the out-dated and out-worn Terminal One infrastructure and not an increase in passenger numbers and associated aircraft movements.

Manchester Airport has excellent highway connections so any major application such as this had to be assessed against a backdrop of the consented A6 Manchester Airport relief road works, the highway improvements required in a second runway planning permission and the potential impact upon the adjoining M56 motorway.

Q. How did you overcome those challenges?

A. Both the applicant’s comprehensive submission, explaining the rationale for the proposal and the policy context outlined in the core strategy, allowed me to clearly convey to the planning and highways committee why the proposal warranted approving. Resolving the impact upon the highway network was more taxing and required the pulling together of comments from colleagues in Highways Services, Transport for Greater Manchester and Highways England. However, as I’ve worked on and off with these colleagues for more years than I care to remember the issues were soon resolved.

Q. What did you learn, professionally, from dealing with this application?

A. The value of regular pre-application meetings is never to be underestimated and in this case they certainly helped smooth the process. Notwithstanding that, the highways issues raised by colleagues had the potential to delay determination but daily and then hourly conversations resolved those concerns allowing the application to be determined within 13 weeks. The upshot of that, for me was the importance of holding even more pre-application highways meetings.

Planning applications at the airport differ greatly from my standard workload and throw up site specific issues such as bird-strikes and radar interference, as well as complex traffic modelling work. Given the technical aspects that are invariably raised with applications of this nature there is always a need to 'upskill' to understand these and be able to steer a way through the extremely divergent opinions that airport developments excite.