In the News: approving a new cricket stand 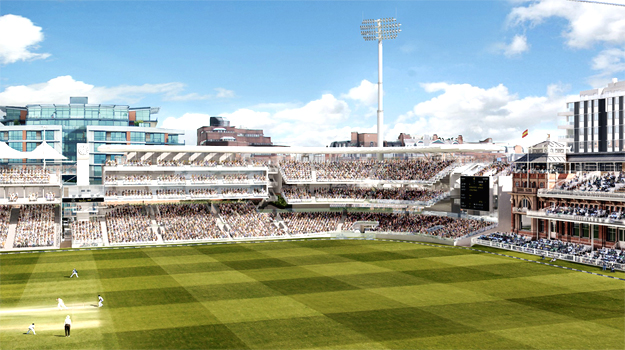 Last month, plans were approved for the redevelopment of the south-west corner of Lord's cricket ground in north London, which would see the replacement of two stands and the addition of new facilities. Amanda Coulson was area planning officer dealing with the application for Westminster City Council.

Q. How did this application end up on your desk?

A. I have dealt with major applications at Lord’s for about 20 years. My first project was the media centre in the late 1990s. We allocate certain sites to particular officers so the applicants and residents get a consistency of approach. It helps the officer understand what is going on.

Q. What are the proposals?

A. Marylebone Cricket Club (MCC) plans to demolish the 1930s Allen Stand and the 1960s Tavern Stand and Thomas Lord Building, an office building and a scorers box. Both of the stands have both passed their sell-by date in terms of today’s spectator standards.

Q. What pre-application discussions did you have?

A. We had extensive pre-application discussions before the application came in, involving conservation officers, Historic England and Transport for London. The major issue was that of amenity for local residents.

We tried to deal with the less contentious issues before the application was submitted – such as internal works to the listed pavilion, the new scorers box and a new shop.

We also discussed the issues with local residents – on very high profile sites it is important to have a good working relationship with them and take their views on board.

Q. What about after the application was submitted?

A. We had a planning performance agreement so we dealt with the application within 16 weeks following its submission at the end of July. The main issues were in terms of the setting of the listed pavilion, along with the loss of an unlisted building of merit – the Allen Stand. We concluded that the public benefits associated with this proposal together with the benefits to the setting of the listed Grace Gates outweighed the less than substantial harm.

A. I am moving to become team leader, so this will be the last project I work on at Lords. I am not a great cricket fan but it has been one of the most interesting structures that I have worked on. It has been lovely working with them and I will miss it.