In the News: amending a housing scheme to include Starter Homes 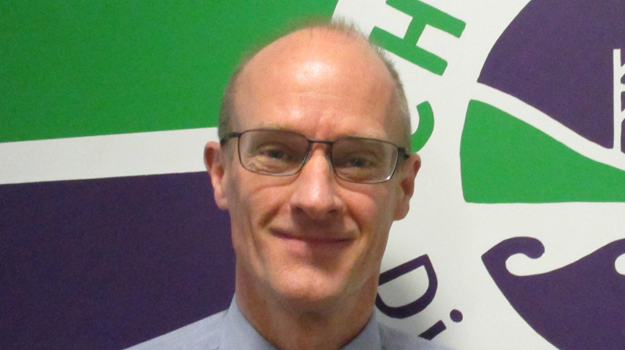 Last month, Chichester District Council agreed to allow housing quango the Homes & Communities Agency (HCA) to tear up original plans for 30 per cent of the homes to be traditional affordable units, replacing them with 50 per cent starter homes. Jeremy Bushell is principal planning officer, development management, at the council.

Q. Why did this application fall on your desk?

A. I have been closely involved with the more significant developments in Chichester for the last 15 years or so through my role as principal planning officer in the major application teams - particularly within the north east part of city. I think it was therefore for reasons of consistency and experience that I became involved with the evolution of the Lower Graylingwell proposals from about 2010/11.

A. The Lower Graylingwell site comprises approximately 7 hectares of former NHS land and is one of the last remaining predominantly undeveloped parcels of land within the settlement boundary for Chichester. It was identified in a development brief adopted in January 2012 as suitable for residential development. The objectives of that brief were subsequently encompassed in a specific policy in the Chichester Local Plan which was adopted in July 2015. Early in 2014, council officers had begun pre-application discussions with the Homes and Communities Agency (HCA), which had acquired the site. The outline application for up to 160 dwellings with 30 per cent affordable housing was submitted by the HCA in March 2015 and the council’s planning committee resolved to permit the development in October 2015, subject to a section 106 agreement.

Q. What discussions did you have with the HCA about amending the mix of tenures?

A. After the committee resolution, and during preparation of the section 106 agreement, the HCA wrote to and met with the council’s senior officers about the government’s announcements on the provision of a number of Starter Homes within new housing developments. Lower Graylingwell was to be one of five pilot sites identified from across the country for the early delivery of Starter Homes.

Q. What were the challenges that you faced in negotiating, and recommending approval for, the revised application? How did you justify the amendments in planning policy and deliverability terms?

A. The HCA’s proposal was that instead of the development delivering a local plan policy compliant scheme of 30 per cent affordable houses  - 48 units - the affordable housing would be replaced by 50 per cent Starter Homes, totalling 80 units. Officers considered that the proposed change to the housing provision was significant so the application would need to be referred back to committee for a decision. Officers had to be satisfied that the amended housing offer, whilst not aligning with recently adopted local plan policy, would still be effective in meeting local housing need.

The result of introducing Starter Homes would mean the originally proposed 34 homes for affordable rent would not be delivered. However, the council’s housing delivery manager identified that the viability of affordable housing had been adversely affected by the government’s decision in the summer budget of 2015 to reduce affordable housing rents by 1 per cent for the next four years. The council’s registered affordable housing providers (RP) had already reassessed their development programmes in the light of this and their policy was to now seek to develop a higher proportion of intermediate housing as opposed to housing for rent. Whilst there was a high need for rented housing in Chichester there was also a high need for intermediate housing. The challenge in dealing with this issue was to balance the fact that 24 units for rent would effectively be lost from the scheme but that an additional 32 homes for first time buyers would be provided. In weighing this balance we concluded that a scheme which delivered 80 Starter Homes quickly and through the use of local labour offering economic benefits whilst helping to maintain the council’s five year housing land supply outweighed the loss of other affordable tenures in this case. Members of the planning committee unanimously agreed this approach.