In the news: adopting a local development order 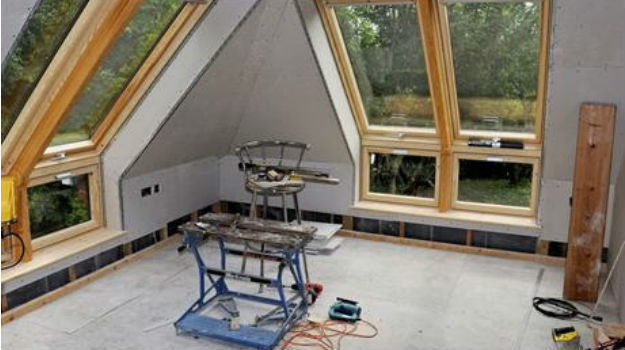 Earlier this month an Oxfordshire local authority adopted a local development order (LDO) for a proposed 1,900-home self-build development near Bicester. Cherwell District Council voted in favour of the LDO - which effectively grants planning permission for specified types of development within a defined area - to simplify the planning process at the Graven Hill site. A report to the council’s executive committee suggested simplifying the planning process would encourage self-build and custom-build housing and promote variety in design. Alex Keen is development team leader for Cherwell District Council.

What was your involvement in the project?

I am the lead planning officer for Graven Hill. I have been involved in negotiations with the development company and consultees on the masterplan and design code for the site, which provides the framework and guiding design principles for development that will come forward under the LDO. I have also been involved in preparing and drafting the LDO and administering the consultation process, culminating in the report to the council’s executive recommending adoption of the LDO.

How significant is this project?

This is of national importance, being the first LDO aimed at delivering large-scale residential and self-build development in the UK. The project is also large scale and of strategic importance to the council as it is an allocated site in the recently adopted Cherwell local plan. There is an outline planning permission for up to 1,900 homes, along with a primary school, community hall, new retail and employment floorspace, public open space, and associated roads and infrastructure. There is a complex legal agreement associated with the outline planning permission. The development company and the local planning authority are promoting the delivery of self-build homes on the site and there is nothing of a comparable scale or complexity in the UK. The project is therefore both significant and challenging in that it requires innovation and an ability to respond quickly and effectively to issues that can sometimes be difficult to anticipate. For this reason the LDO will apply to the first phase of housing only, around 200 homes, so providing an opportunity to learn from practice and refine the LDO for subsequent phases of development as necessary.

And was it controversial?

The work around the preparation of the LDO has not been controversial. The council supports self-build as a model for housing delivery and the local planning authority has worked hard to keep key consultees engaged throughout the process. No objections or significant issues were raised in the consultation response to the draft LDO.

Were there any challenges in preparing the LDO?

It was challenging to prepare an LDO for a self-build development on this scale given the innovative nature of this development and lack of a comparable development elsewhere in the UK. It was also challenging to prepare the LDO in a relatively short timescale and in accordance with the relevant regulations and legislation. A key consideration was striking the right balance between providing flexibility for self-builders to design and build individual homes and certainty on the design quality, character and sense of place that will be delivered across the scheme as a whole. This is something the council will monitor as the development progresses.