In the News: Aberdeen City and Shire SDP 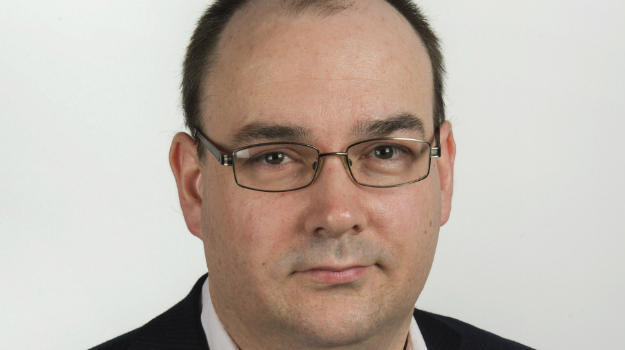 David Jennings is strategic development plan manager at the authority.

Q: What has been your role on the SDP and how many planners have been working on it?

I have worked for the Aberdeen City and Shire Strategic Development Planning Authority (SDPA) since its inception in 2008. We are one of four SDPAs in Scotland who prepare Strategic Development Plans for the four largest city-regions (around Aberdeen, Dundee, Edinburgh and Glasgow). I am responsible to the SDPA for the preparation, monitoring and review of all aspects of the plan as well as its implementation. I am also responsible for engaging with the Scottish government and others on the National Planning Framework and other strategic policy matters. There are just two planners working for the Aberdeen City and Shire SDPA, although we work closely with others – particularly Nestrans (the regional transport partnership) and the two partner councils.

Q: What is the significance of the plan – both regionally and nationally?

The SDP sets out the vision and framework for the development of the Aberdeen City Region over the period to 2035. The area is the most economically dynamic part of the UK at the moment - probably hard to believe if you come from elsewhere in the UK - and this creates significant challenges as well as opportunities for the plan. The plan contains proposals of regional, national and international significance and sits well with the Proposed National Planning Framework 3 prepared by the Scottish government and published in January this year.

Q: What have the major obstacles been?

Infrastructure is undoubtedly the biggest challenge – the legacy of historic under-investment as well as the challenges introduced by significant growth. The mismatch between private sector growth and public sector retrenchment has been and continues to be a real source of tension.

Q: The Scottish Government has approved the plan with “minor modifications”. What are they?

The plan’s vision and spatial strategy as well as the scale and framework for growth have all been supported by ministers. The few changes they did introduce didn’t impact on the substance of the plan and were based on the report of the SDP examination which concluded in January with a number of recommendations. We particularly welcomed the fact that Scottish ministers amended these recommendations to ensure that the plan retains its Crystal Mark from the Plain English Campaign.

Q: What is your current job title and what has been your career path to get there?

After university I took a temporary contract at Denbighshire County Council in North Wales before moving to Scottish Borders Council, Aberdeenshire Council and Aberdeen City Council. I have been the strategic development plan manager for the Aberdeen City and Shire SDPA since 2008. All posts have been in policy teams dealing with strategic planning issues, but particularly earlier in my career I was involved in a wide variety of issues tangential to planning itself, from contaminated land inspection strategies through to business cases for significant transport infrastructure.

Q: Where did you study for your planning qualifications?

Q: What do you like most about your job?

Knowing that the job I do is important and that I'm helping to shape the future of the City Region.