How do they do it?: Waheed Nazir 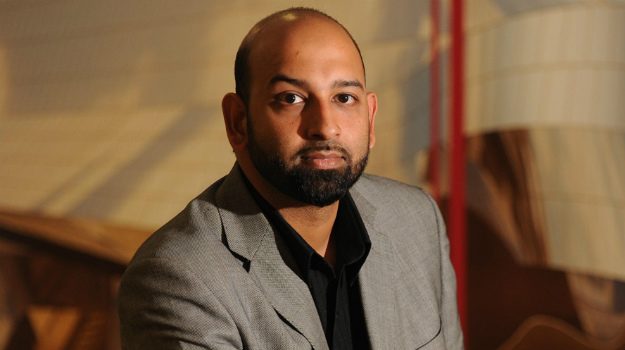 Waheed Nazir is Birminhgam City Council’s director of planning and regeneration. Not yet 40, he has spent more than 10 years at the local authority, and has overseen its far-reaching Big City Plan and most recently the Birmingham Curzon HS2 Masterplan.

In 2010 Nazir reconfigured the citywide strategy, planning control, and regeneration services into four multi-disciplinary teams as part of a bid to make budget savings of 40 per cent.

Q: Where did you study for your main planning-related qualifications?

A: I graduated with a first-class honours degree in urban planning from the University of Westminster in 1997.

Q: What was your first job in planning?

A: I was a planning adviser at Llewelyn Davies and worked on the extension to Terminal 5 at Heathrow. I moved to Birmingham City Council as a development planning officer in 1999.

Q:  What is your current role, and what have your most important career landmarks been to date?

I’m director of planning and regeneration at Birmingham City Council. When I took on the role in 2010 at the age of 36 it was something of a milestone. After I’d been a development planning officer for a while, I moved across to regeneration and eventually became chief executive of the council’s Single Regeneration Budget 6 programme, where I was responsible for everything from health, education, crime-reduction and physical regeneration.

In 2013 I took over part of the housing department and part of the education department that delivers new schools. Combined with the planning and regeneration roles, it basically means that I’m in a position where I can set out where the new growth should be and build the schools where we want them to be. It’s a massive portfolio.

Q: Who sets your performance targets (in addition to DCLG)?

A: My priorities are set by the leader of the council and the chief executive. For example, the HS2 Masterplan that we’ve just published was identified as a priority by our leader in a statement that identified a number of policies that the leadership wanted to deliver when it came into office. The department was engaged in the process of setting those targets.

More broadly, of all of the core cities we've got the best performance in planning from DCLG so far.

Q: What advice can you give to people at earlier stages of their planning careers?

1) Make sure you get experience of a range of different roles to help you become more rounded. I did development control, policy and regeneration, all of which allowed me to gain more experience and allowed me to take more senior roles because I could understand the bigger picture. You also never find out what you really enjoy until you experience things.

2) Keep moving – don’t stay in the same job for too long.

3) Always seek to focus on outcomes and the client, but not on the process. I think we focus a little too much on process at the national level and forget about what we’re trying to achieve.

4) Always try to work with the best in the field. It’ll help you get up to that level too.

5) Don’t be shy of sharing your opinion – but consider the way you put your view across. A lot of times I’ve found with graduates that they’re reluctant to say what is on their mind. What you need to do is to not offend people or come across as too aggressive.