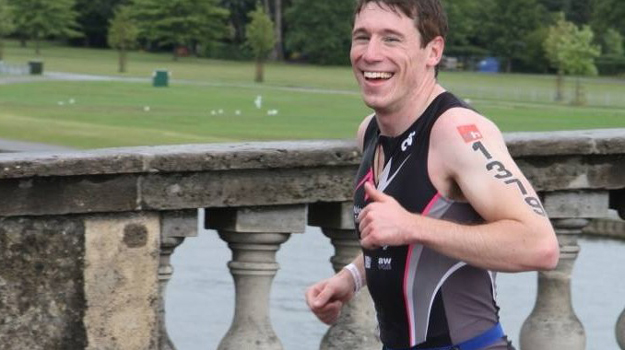 Mark Utting, town planner at the Reading office of planning consultancy Barton Willmore, talks about the challenges of being a triathlete.

Q. How did you get into triathlon competition?

A. I spent quite a few years working out what sport I was good at. I tried everything from football to squash and eventually discovered I was good at running and cycling. In the build-up to the 2012 Olympics I decided that I should try triathlon. My swimming was pretty poor at that time but I thought I could work on improving that element.

Q. How often do you compete?

A. I do maybe half a dozen events a year. Last year I did more, but this year I am focusing on the Outlow “ironman” race in Nottingham. It is the longest distance one you can do, consisting of a 2.4 mile swim, 112km on a bike and then a marathon.

Q. How do you cope with such a physically demanding sport?

A. I think it is just building up slowly over time. I have always been quite fit, and I started with the shortest triathlon distance, the “sprint”, which consists of a 750 metre swim, a 20km bike ride followed by a 5km run. I built up to doing a half ironman event last year.

Q. How often do you train?

A. I do as much as I can fit in around work. Once or twice a day is ideal, although I don’t always manage that. I am a member of a local triathlon club, which meets three times a week for structured training sessions. You also meet people there and can go out with them for more informal sessions.

Q. Are there any similarities between your day job as a planner and completing triathlons?

A. The main similarity is that both require commitment. You need to work hard at both, and show determination and perseverance to succeed.