Four step up to senior director level at Turley 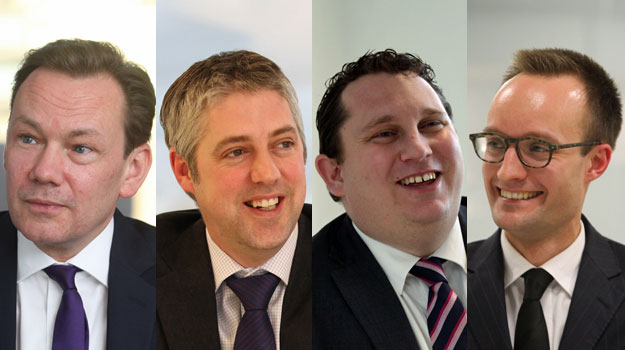 Planning consultancy Turley has promoted four of its staff to senior director level.

The firm said the promotions have been made as part of a strategy to broaden its leadership capacity to improve delivery.

Bell joined Turley from rival consultancy GVA and became business unit head in Manchester in 2014. The northern team he leads consists of teams in Leeds and Manchester.

Irvine joined the Southampton office in 2005, and became business unit head in 2013, also helping to coordinate the opening of the company’s Reading office last year.

Mascall joined from DPP in 2011 to head the firm’s new heritage team.

Laming joined from GVA in Manchester in 2013 to establish Turley’s economics team.

All four of will continue to lead their respective business units.