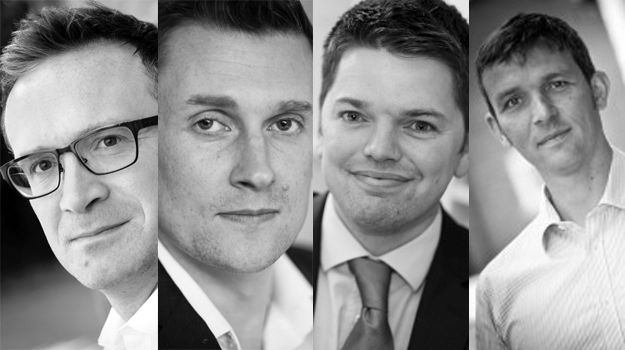 Planning and development consultancy Barton Willmore has promoted four of its staff to director level.

Michael Knott, planning director (pictured middle, right), joined the firm as a planner in 2007, and has led on promoting a number of sites through the local plan process, along with preparing planning applications.

His work has also covered preparing for planning appeals on behalf of clients, including acting as an expert witness at inquiries.

Knott previously worked as a planning policy officer at Wycombe District Council and has a bachelor’s degree in town and country planning from Oxford Brookes University.

He previously worked at rival consultancy RPS as an urban designer. He has a master’s degree in urban design from the University of Westminster and a bachelor’s in the same subject from University College, London.

Architectural director Stuart Bishop (far left), joined the firm in September 2013 and leads a team of architects in the Edinburgh office.

Mark Sitch, senior partner at Barton Willmore, paid tribute to the “passion, vision and leadership” all four bring to the firm.