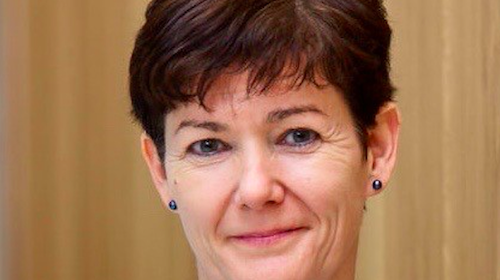 Developer St. Modwen Properties has appointed the former chief executive of The Crown Estate as a non-executive director.

Dame Alison Nimmo DBE will join the audit, nomination and remuneration committees of the St. Modwen board with effect from 1 February 2021.

A member of the Royal Town Planning Institute, Nimmo has more than 30 years of experience in the real estate sector and was chief executive of The Crown Estate between 2012 and 2019.

Her previous roles include director of design and regeneration at the Olympic Delivery Authority, and she led major regeneration projects in Sheffield and Manchester as a consultant at KPMG.

She has also been a trustee of built environment charity the UK Green Building Council, chair of the Confederation of British Industry’s economic growth board, a council member of Imperial College and chair of its White City Syndicate which advises the council on the strategic development of the White City campus.

Nimmo was awarded a CBE for services to urban regeneration in 2004, and a DBE for public services and services to the Exchequer in 2019.