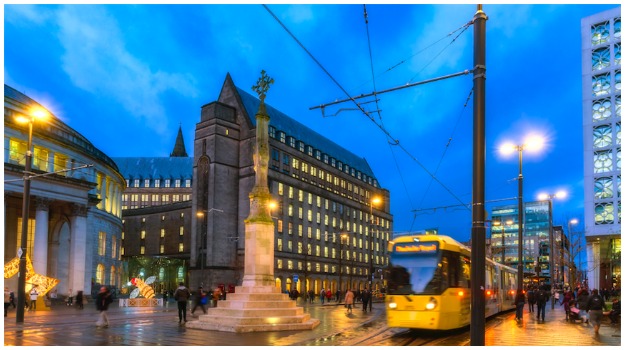 The mayor of Greater Manchester, Andy Burnham, announced the new Greater Manchester Combined Authority (GMCA) cabinet following his re-election which is made up of the leaders of the GMCA’s ten constituent councils.

Dennett will continue his role as the GMCA leader with responsibility for housing, homelessness and infrastructure and to “lead on a radical rewrite of the Greater Manchester Spatial Framework” (GMSF), according to the GMCA.

According to Salford City Council, Dennett was first appointed as leader for housing, homelessness and infrastructure in May 2017. The long-awaited GMSF has been beset by a series of delays since preparation began more than five years ago.

Stockport Council voted in December to withdraw from the original framework, whereupon the region’s nine remaining authorities earlier this year agreed to push ahead with a new version of the strategy.

The GCMA said it wants the document to provide “safe, decent and affordable housing” and to support the delivery of new homes, revitalise town centres, and provide better road, rail and tram networks.

Burnham has also appointed Neil Emmott, the new leader of Rochdale Council, as the lead for the GMCA’s Green City Region programme which aims to reduce carbon emissions and improve the environment.