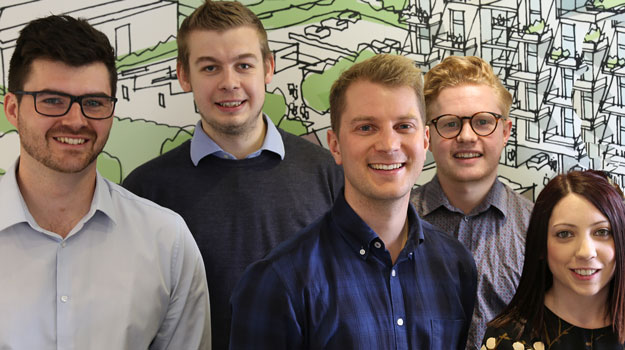 Consultancy David Lock Associates has announced a series of promotions.

The firm said in a statement that Harry Jones and Katie Christou have both been promoted to principal planner “following a year of exceptional performance”.

It has also announced that Charlie Brown, Greg Pearce and Joseph Carr have been promoted from planner to senior planner “in recognition of their increasing skill and capability”.

All five work at the firm’s office in Milton Keynes.