City of London planning chief to take up university position 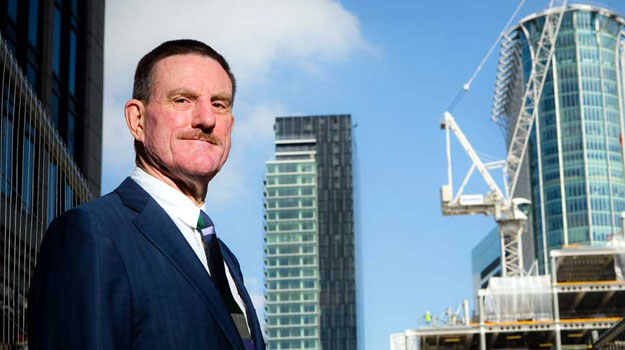 The City of London Corporation has announced the name of its new chief planner as the previous incumbent takes up a new role at the Bartlett at University College London.

In a statement on Friday the City of London said its City planning officer, Peter Rees, will join The Bartlett at University College London in April after 29 years at the corporation.

Rees, who studied architecture at The Bartlett, will become professor of places and city planning as part of a three-year professorship – with the first year sponsored by the City Corporation.

Rees said: "I am delighted to be returning to The Bartlett after almost three decades at the City. My professorship will enable me to continue my love affair with London and my involvement in the capital’s evolution.

"The Square Mile will always be a special place for me and I have enjoyed having a hand in its transformation since 1985. Having played in the premier league for one of the world’s most successful cities I am thrilled to be joining the team at one of the world’s finest universities.

"My time as city planning officer for the City of London has demonstrated what can be achieved when you are in the right place, at the right time with the right team. None of it would have been possible without the skilled and dedicated colleagues in whose safe hands I leave the regeneration of the City."

Hampson joined the City of London Corporation in August 1989 as assistant city planning officer, before being promoted to planning services and development director in August 1997.

She started her planning career as a graduate planner in 1974 at Surrey County Council and has also worked at the London boroughs of Islington and Kensington and Chelsea.