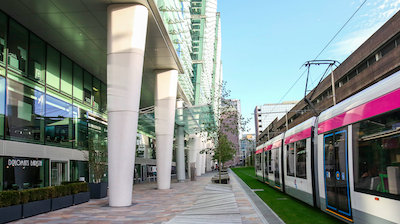 Planning consultancy Carter Jonas has launched a planning and development team for the Midlands at its Birmingham office and appointed a new partner to lead it.

Neal Allcock has been appointed to lead the team as a partner, and head of Midlands planning. He leaves his previous role as an associate director at planning consultancy Turley.

Allcock, who specialises in urban redevelopment and regeneration, has also previously held the role of principal planner at consultancies WYG Group and Alliance Planning, and has worked at Birmingham City Council as a principal planning officer.

Molly Stanley also joins the team as a graduate planner from WYG Group where she was an assistant planner. Stanley recently completed a part-time masters degree in urban and regional planning at the University of Birmingham.

Carter Jonas first opened an office in Birmingham in 2016. Christian Green, head of Carter Jonas Birmingham said the firm is looking to recruit in the planning and development sectors.