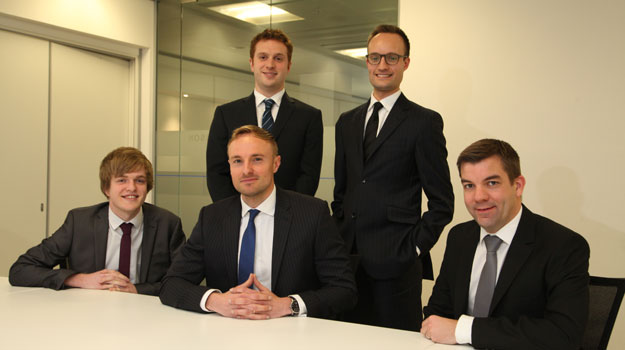 Consultancy Turley has made several appointments to its economic planning team, taking its total size to five staff.

Matthew Spilsbury has been promoted to associate director and will lead on viability appraisal, affordable housing negotiation and advice on the Community Infrastructure Levy (CIL).

Gavin Amos has been appointed as an economic planner, joining from Capita’s Urban Vision Partnership, and Andrew Lowe has joined the team as an assistant planner from the University of Sheffield.

Head of economic planning at Turley Richard Laming said: “We have seen our portfolio of housing and mixed use work grow as confidence returns to the property market. Housebuilders are getting increasingly confident in the promotion of strategic land.

“This has quite often involved us preparing objective assessments of housing need as well as measuring the economic impacts of development, promoting sites and working with developer consortia to bid for land.

“Another area which has been really busy over the past six months is advising clients on development viability matters, notably in relation to affordable housing, CIL and other planning obligations. Increasingly we are also being engaged an early stage in the redesign of mixed use projects which stalled during the recession.”

Laming added that the team has also had a number of instructions in commercial property, particularly in logistics, leisure and retail.

However, he said: “Commercial office schemes haven’t made a comeback yet to any great extent outside the South East, although we anticipate that the worsening supply versus demand balance in some of the core cities may change that in the year ahead.”